It follows the story of King George VI, his impromptu ascension to the throne and the speech therapist who helped the unsure monarch become worthy of it.

Adrian plays the BBC Announcer at the very opening of the film.
Media 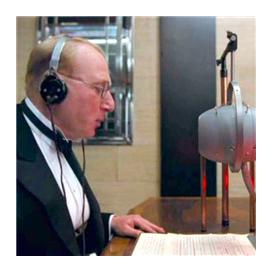