Co-written with Joe Shrapnel, Frankie & Alice is based  on the harrowing true story of Frankie Murdoch, a black go-go dancer in 1970s Los Angeles who suffers from dissociative personality disorder. One of her alter personalities is a racist Southern woman and the film charts Frankie's struggle to maintain her identity against this racist alter-ego.

Frankie & Alice premiered at the Cannes Film Festival 2010 and received a limited release in 2010 with a wider relase planned for 2011. Halle Berry received a Golden Globe nominatuion for her portrayal of Frankie/Alice and the film has been nominated for Outstanding Independent Motion Picture at NAACP Iamge Awards. 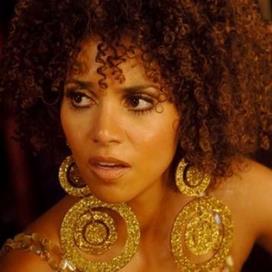