The Troubled Girls of Dragomir Academy

Featured on Kirkus' Best Books of 2021

If no one notices Marya Lupu, it's likely because of her brother, Luka. And that's because of what everyone knows: that Luka is destined to become a sorcerer. The Lupus might be a poor family from a small village far from the capital city, but that doesn't matter. Every young boy born in Illyria has a chance to have inside him the rare ability to wield magic, to protect the country from the terrifying force known only as the Dread.

For all the hopes the family has for Luka, however, no one has any such hopes for Marya, who can never seem to do anything right. But even so, no one is prepared for the day that the sorcerers finally arrive to give Luka his test, and Marya makes a terrible mistake. Nor for the day after, when the Lupus receive a letter from a place called Dragomir Academy—a mysterious school for wayward young girls. Girls like Marya.

Soon, she is a hundred miles from home, surrounded by girls she’s never met. Dragomir Academy promises Marya and her classmates a chance to make something of themselves in service to one of the country’s sorcerers. But as they learn how to fit into a world with no place for them, they begin to discover things about the magic the men of their country wield, as well as the Dread itself—things that threaten the precarious balance upon which their country is built.

In The Troubled Girls of Dragomir Academy, girls question gender expectations in the magical land of Illyria [...] following Marya's story, [many kids] may, like her, find greater self-acceptance and freedom

Anne Ursu is one of the most thoughtful and acclaimed middle grade fantasists working today.

Readers present for the tale’s magical trappings and interwoven intrigue won’t be disappointed, and they’ll welcome Marya’s determination to assert herself as powerful in her own right.

Anne Ursu tackles questions of privilege and power in this feminist fairy tale [...] but it's her characters who make the biggest impact. Marya and her fellow students and teachers at Dragomir Academy lingered with me, long after the story concluded.

An accessible, timely school story with a rather Transylvanian flavor to its fantasy setting. Ursu explores girls’ conditioning in timidity and shame in a male-dominated world and, ultimately, envisions a hopeful, female-determined future of magical ability.

Through Ursu's hallmark thoughtful and inspiring writing, readers delve into a story that seamlessly combines intriguing worldbuilding that is full of magic with a feminist perspective that interrogates the systemic oppression at society's core... Remarkably raw and honest look at the emotional and psychological consequences of living under patriarchal ideology... A wonderful and inspiring feminist fantasy.

It’s no secret that Anne Ursu is a gifted storyteller. The Troubled Girls of Dragomir Academy is intricately plotted and compulsively readable, with characters who will stay with you long after you stop reading. I could not put it down. 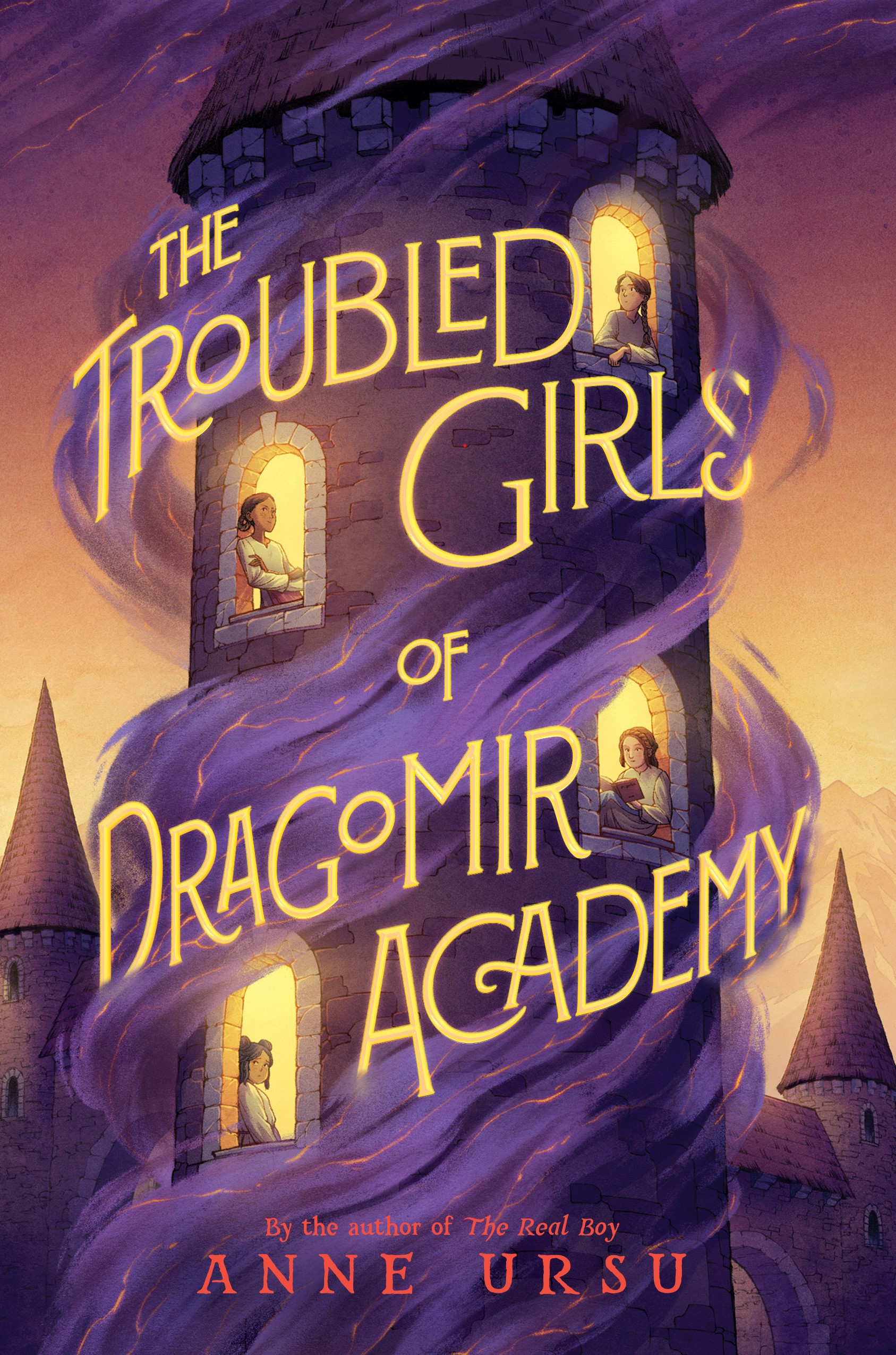