Producer Jenna Jones Starring
Production Company Leftbank Pictures
Broadcaster E4
See the Full Version of this Work
Ben Taylor directed Seb Cardinal and Dustin Demri-Burns, otherwise known as charasmatic comedy duo Cardinal Burns, in their first solo TV project.
The show is infused with imagination, nuanced characters and cartoonish writing for which Cardinal Burns have built an impressive reputation on the live comedy circuit.
Cardinal Burns have performed to sell-out audiences across the country, from their critically acclaimed debut at the 2009 Edinburgh Fringe to a successful run at London’s Soho Theatre in 2010.
Media 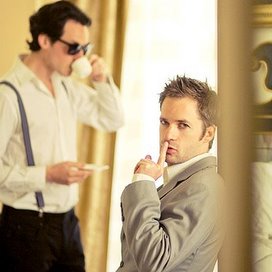