Despite being the only participant who was not a head chef at the time of filming, Bryn won the 2006 series of Great British Menu, taking the prize to cook his 'Turbot with Oxtail' dish for Queen Elizabeth's 80th birthday celebrations. Bryn retained his title in the 2007 series and made several guest appearances in subsequent series of the cookery competition.

Chefs in later series fought to cook for the British Ambassador to France at the British Embassy in Paris, for a banquet held at the Gherkin in London, and in the fourth series participants competed to prepare a celebratory meal for returning troops from Afghanistan. 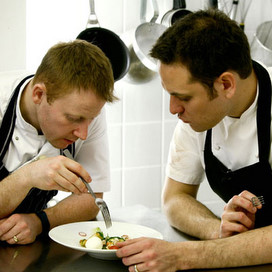