Set at a literary festival in Wexford, The Eclipse is a supernatural love story that was adapted by Conor from a short story by Irish author Billy Roche.

Widower Michael befriends writer Lena Morelle in an effort to find solace over the death of his wife. He is subsequently plagued by a mysterious ghost that takes the form of his ailing father-in-law, Malachy.

Premiered at the Tornoto Film Festival 2009; opened the Los Angeles Irish Film Festival 2009.
Media
Reviews
"Bottom line: Conor McPherson delivers a beautiful, even believable ghost drama that enraptures on many levels." Doris Tourmakine
The Hollywood Reporter
"A film of such seductive grace, humour and startling side trips into buttock-clenching ghastliness that audiences won't know what to make of it." John Anderson
Variety 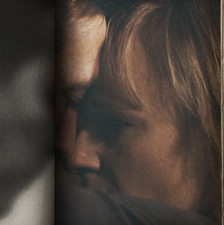