First performed at the National Theatre in 2006, The Seafarer follows brothers Sharkey and Richard and their two neighbours, as they gather together on Christmas Eve to drink and play cards, only to find that with the arrival of a sinister stranger from the distant past, souls may be at stake.

The original production was nominated for an Olivier award, and the Broadway transfer received 4 Tony nominations. 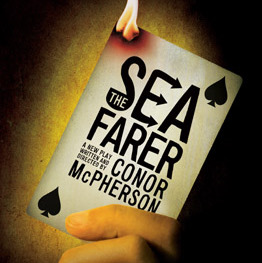