Play set in a haunted house during the Irish famine of the 1820s. It opened at the Lyttelton Theatre on 27th September 2011 and ran until early December 2011.


May 1822, rural Ireland. The defrocked Reverend Berkeley arrives at the crumbling former glory of Mount Prospect House to accompany seventeen-year-old Hannah to England. She is to be married off to a Marquis in order to resolve the debts of her mother’s estate. However, compelled by the strange voices that haunt his beautiful young charge and a fascination with the psychic current that pervades the house, Berkeley proposes a séance, the consequences of which are catastrophic.

The Veil weaves Ireland’s troubled colonial history into a transfixing story about the search for love, the transcendental and the circularity of time.

The cast includes Jim Norton, who won both Tony and Olivier awards for his performance in Conor's last play, The Seafarer.

Reviews
McPherson directs with an effective mixture of dark comedy and suspense... an original and at times genuinely startling evening Charles Spencer
The Telegraph
The Veil is never dull and McPherson's production has a manic energy... McPherson has a wickedly satirical ear Michael Billington
The Guardian

Conor McPherson has impressive form when it comes to ghost stories... razor-sharp

A cracking fireside tale of haunting and decay 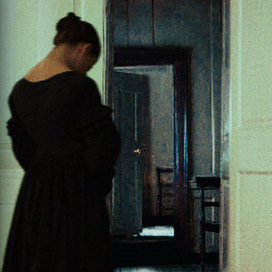