Seventeenth-century Amsterdam is a city in the grip of tulip mania, basking in the wealth it has generated. Sophia's husband Cornelis, an ageing merchant, is among those grown rich from this exotic new flower. To celebrate, he commissions a talented young artist to paint him with his young bride. But as the portrait grows, so does the passion between Sophia and the painter; and ambitions, desires and dreams breed an intricate deception and a reckless gamble.

This is a brilliant story of sexual betrayal and human failings in 17th-century Amsterdam, as the characters move inexorably towards a grand deception and a tragic climax.

A scintillating story of lust, deception and retribution.

A sumptuous and enthralling novel about art, love, illusion and money... With the denouement of a classic.

A story of love, deceit, changelings, and mistaken identity worthy of a Restoration dramatist.

A byzantine plot that hurtles towards disaster, while retaining the polished veneer of a Dutch interior. 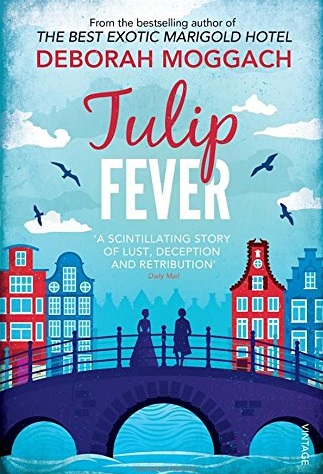