Peter the Great is dead, and the fight amongst his heirs for the crown of Russia is on.

Russia, which runs in the veins of Peter's sole surviving child, Elizabeth. Ever since a witch gave her a dark prophecy, Elizabeth's spirit struggles with legends and logic, her heart with love and law. She is Christianity's most lovely Princess, but refuses to adhere to the expectations of her time, preferring to find her own path, even if it proves to be stony. Four times her hereditary rights are ignored and her inheritance pilfered.

Impoverished and isolated, she must fear for her freedom and her life. But Elizabeth refuses to be a victim: her first fiancé might die of the Small-Pox, her lover might be brutally maimed by the jealous young Tsar. As she finds the love of her life in a Ukrainian shepherd, she becomes who she is. The suffering victim grows into a strong survivor, who takes her due: the throne of All the Russias.

Liz Dennis manages the translation rights for The Tsarina's Daughter

Students of Russian history will enjoy the attention to
detail, and fans of historical fiction based on real people will devour this rich repast and be left eager for the next book’s conclusion of this trilogy about the Romanovs.

Alpsten’s gifts at laying on evocative period detail and engendering empathy for her characters will keep the pages turning.

The Tsarina’s Daughter is a gripping, worthy successor to Tsarina and Elizabeth feels alive on its pages. It could be read as a stand-alone, but who would not want to spend more time in the mad, bad world of the Romanovs? Read both. 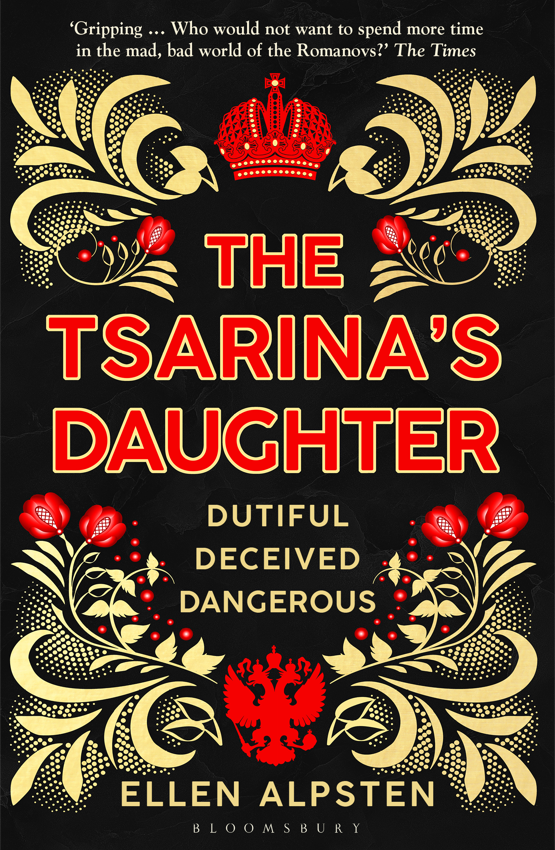