I Want You To Know We're Still Here

A woman unearths family secrets and gives voice to things unspoken in this poignant memoir that traces her parents' escape from the Holocaust.

Esther Safran Foer grew up in a home where the past was too terrible to speak of. The child of parents who were each the sole survivors of their respective families, for Esther the Holocaust loomed in the backdrop of daily life, felt but never discussed. The result was a childhood marked by painful silences and continued tragedy. Even as she built a successful career, married, and raised three children, Esther always felt herself searching.

So when Esther's mother casually mentions an astonishing revelation--that her father had a previous wife and daughter, both killed in the Holocaust--Esther resolves to find out who they were, and to learn how her father survived. Armed with only a black-and-white photo and hand-drawn map, she travels to Ukraine, determined to find the shtetl where her father hid during the war. What she finds not only reshapes her identity but gives her the opportunity to properly mourn.

I Want You to Know We're Still Here is the riveting and deeply moving story not only of Esther's journey but of four generations living in the shadow of the Holocaust. They are four generations of survivors, storytellers, and memory keepers, determined not just to keep the past alive but to imbue the present with life and more life.

The audio rights are handled by Crown Publishing.

Esther Safran Foer is a natural storyteller – and what a story she has to tell! A tribute to human resilience, her family saga is full of heart and the breath of life. It is a perfect tonic for our cynical times. I loved it.

A beautiful exploration of collective memory and Jewish history

A moving literary debut... a vivid testimony to the power of memory.

Esther Safran Foer has written an honest, painful, and ultimately uplifting story of life after tragedy. This book is, above all else, the redemption song of her family and of her people. It should be read by everyone.

Jeffrey Goldberg
Editor in chief of The Atlantic

Foer documents her quest to gather information about her family’s life during the Holocaust in this skilfully written debut. Foer’s engrossing, well-researched family history will resonate with those curious about their own roots.

A book that is part personal quest, part testament and all thoughtfully, compassionately written.

The line between history and memory is at the heart of Foer's new book. . . . It's quite a remarkable story.

This moving memoir documents Esther Safran Foer’s tireless search for traces of her murdered family. Her success is a testament to the power of memory to rescue the dead from oblivion.

Diane Armstrong
Author of 'The Collaborator'

Stirring and inspiring, this remarkable book is a labor of love and hope. Esther Safran Foer goes on a brave journey abroad and into the past in search of unsettling family secrets buried in the horrible darkness created by Nazism. Her odyssey is both harrowing and heroic. When she returns, she can never see things in the same way, and neither can we. This book is a little triumph over fascism.

Esther Safran Foer has written of her family in a way that is both uniquely and heartbreakingly her story and a deeply important testament. Her memories are our important history.

A noble search...the telling is unique and interesting.

You will applaud the defiance of the title as her story makes you weep.

a moving and well researched memoir. 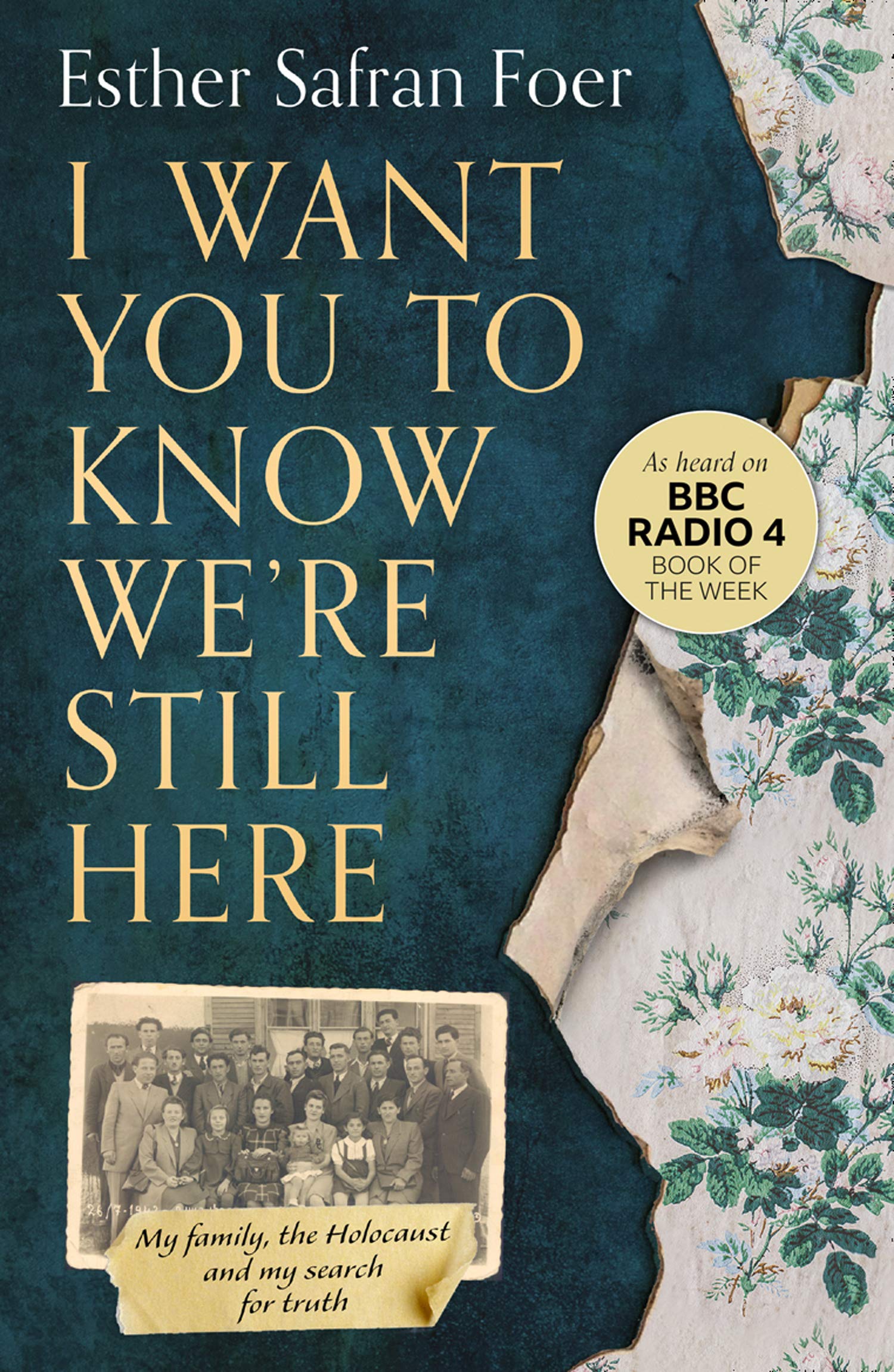