The announcement of a grand Treasure Hunt sets the Lodes Valley ladies’ hearts aflutter. The cash is only part of the appeal: a win could solve several romantic problems. Pixie Guinness sees the quest as a route back to her wayward husband; teenage day-dreamer Faith hopes to snare true love, Rory; and new arrival Liv – well, Liv just wants distraction from the boredom of country life.

But the unhappily married Trudy finds that the trail of clues leads her in quite a different direction, and one closer and closer to temptation. Is she chasing a rainbow or just chasing her own tail? As the hunt reaches its climax, the competitors find they are fighting for the highest prize of all – their own happy ending. 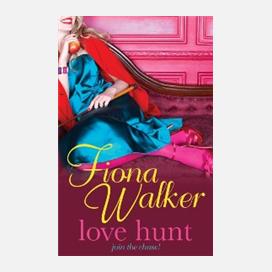