The King of Denmark is dead. Consumed with grief, Prince Hamlet devotes himself to avenging his father’s death with devastating consequences for his family and the Kingdom.

Gugu played Ophelia opposite Jude Law's Hamlet in this production for Donmar Warehouse in the West End, which subsequently transferred to Broadway. 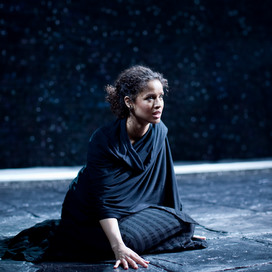