UK & Comm → HarperCollins (Ed. Kate Elton)
Sophie knows she should count herself lucky. She grew up in modest surroundings but suddenly finds herself catapulted into the A-list. She's America's Sweetheart, but surrounded by botoxed assistants, lecherous old directors and a star-struck mother, Sophie just wishes she could be a proper actress, in proper, serious films. And at the tender age of thirty, she already worries she’s past her ‘prime’.

As Sophie’s career begins to decline – slowly and painfully at first, and then all at once – her fate seems to be entwined with that of her favourite actress, Eve Noel. The epitome of 50s Hollywood glamour, Eve suddenly disappeared from the spotlight. No-one knows why. As Sophie receives threatening letters, it seems that the dark secrets in Eve’s past are beginning to haunt Sophie, too . And with a new film about Shakespeare burying Sophie deep in the English countryside, suddenly Eve herself is close at hand.

Melissa Pimentel manages the translation rights for Not Without You 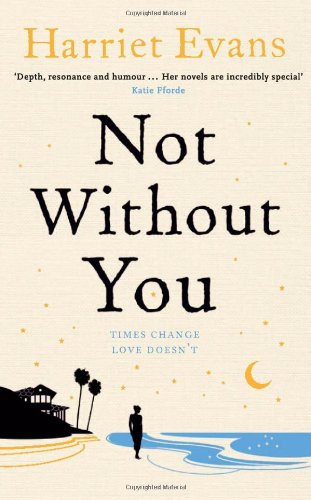