The Giver of Stars

Set in Depression-era America, a breathtaking story of five extraordinary women and their unforgettable journey through the mountains of Kentucky and beyond

When Alice Wright agrees to marry handsome American Bennett Van Cleve and leave her stifling life in England, she has little idea that life in Baileyville, Kentucky, will soon seem as constrained as life back home--especially since marrying Bennett also turns out to mean marrying his overbearing father, owner of the local coal mine. So when a call goes out for a team of women to deliver books as part of Mrs. Roosevelt's new traveling WPA library, Alice signs on enthusiastically.

The leader, and soon Alice's greatest ally, is Margery, the smart-talking, self-sufficient daughter of a notorious local criminal, a woman who's never asked a man's permission for anything. Alice finds Margery as bracing and courageous as anyone she's ever met--and comes to rely on her, especially as her marriage starts to fail. They will be joined by three other women--two white, one black--and become known as the Horseback Librarians of Kentucky.

What happens to these women--and to the men they love--becomes a classic drama of loyalty, justice, humanity and passion. They face all kinds of dangers--from moonshiners to snakes, from mountains to floods--and social disapproval to boot, but they believe deeply in their work bringing books to people who had never had any, expanding horizons and arming them with facts that will change their lives.

Based on a true story rooted in America's past, the storytelling itself here is enthralling--the pages fly, and the book is unparalleled in its scope and its epic breadth. Funny, heartbreaking, and rewarding, it is a rich novel of women's friendship, of true love, and of what happens when we reach beyond our grasp for the great beyond.

Claire Nozieres manages the translation rights for The Giver of Stars

A wonderful novel The Giver of Stars is the most sweeping, dramatic, richly evocative book, full of brilliantly feisty women

The Giver of Stars [...] is purest joy - even as it cheerfully breaks your heart. A go-get-em adventure about E Roosevelt's horseback librarians, it celebrates female friendship and the power of books

Epic in scope and fiercely feminist [...] an unforgettable story

An adventure story grounded in female competence and mutual support, and an obvious affection for the popular literature of the early 20th century, give this Depression-era novel plenty of appeal [...] There’s plenty of drama, but the reader’s lasting impression is one of love

[A] homage to the power of reading and the strength of community [...] A must-read for women's fiction

Rich in history, with well-developed characters and a strong sense of place, this book will fit well in any library’s fiction collection

Funny, heartbreaking and unputdownable: this is her best yet

With characters so real they feel like dear friends and a compelling storyline, this is a beautiful, special novel. I loved it and didn't want it to end!

Timeless, Jojo Moyes' greatest work yet, and one of the most exquisitely-written - and absoloutely compulsory - novels about women ever told. Brilliant and perfect and will remind you of why you read; even of why you breathe

Based on a true story of the real Horseback Librarians of Kentucky this was a truly joyous and divine read. The rich, determined, extraordinary characters consumed me. The history, the setting; everything about this glorious book is superb

Simply couldn’t put it down. Superb characters, great story and sense of place. For me, her best yet. And I wept buckets over Me Before You!’

Though she made her mark writing contemporary romance, Moyes proves just as adept at historical fiction, gracefully infusing her story with strong, memorable female characters and a sprinkling of men who can make a ‘heart flutter like a clean sheet on a long line.’ ‘The Giver of Stars’ is a celebration of love, but also of reading, of knowledge, of female friendship, of the beauty of our most rural corners and our enduring American grit: the kind of true grit that can be found in the hills of Kentucky and on the pages of this inspiring book.

Intensely moving and crammed with romance and emotion, this is a full-pack-of-tissues novel.

"An entertaining, immersive and moving read. The Giver of Stars is rip-roaring popular fiction, in which eyes meet furtively and bodies touch tremulously. But it is also a novel that celebrates education, intellectual curiosity and, above all, books and the knowledge, comfort, company and power that they can bring." 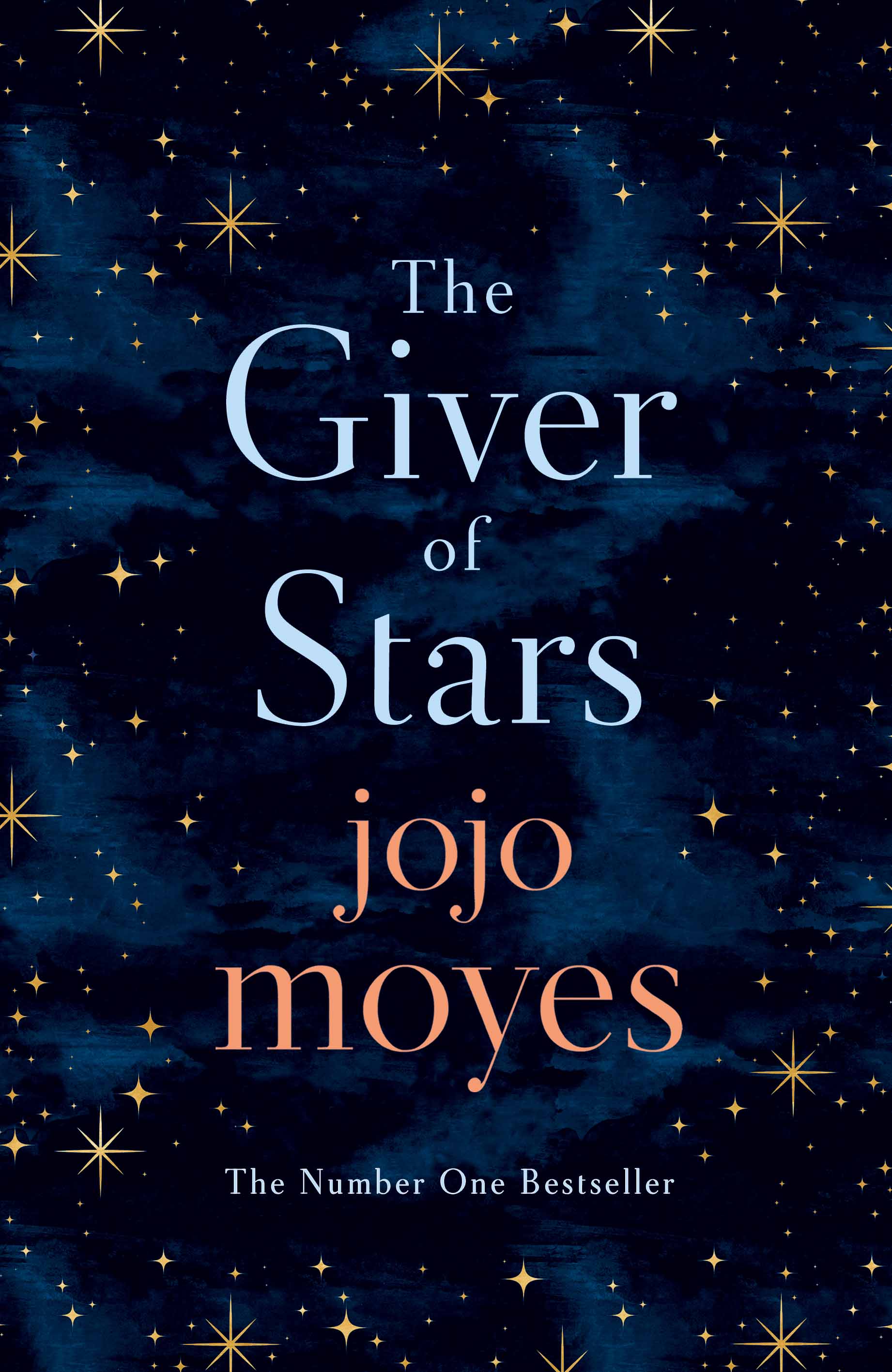