The Sexual Awakening of Peter Mayo

The Sexual Awakening of Peter Mayo follows Thunderbirds fan and romantically clueless Peter as he attempts to navigate the colourful world of internet dating and online swinging websites.

This is a candid look at the rules and rituals that govern the lives of people who use the internet to find anonymous sex, which was inspired by an anonymous text message that Jon received; "Last night was amazing. I've never done it with a guy and a girl before".

Whereas Jon deleted this text, Peter replies, and so begins his sordid, hilarious and eye-opening journey into this online community.

The Sexual Awakening of Peter Mayo played at the Edinburgh Fringe Festival 2011 before transferring to Theatre 503 Autumn 2011.

Media
Reviews
Brittain's razor-sharp script keeps the audience in gales of laughter. Nick Hamilton
The Stage
It’s a delight to see something so technically and artistically slick. Go and see this play. *****
Three Weeks
An entertaining and thought-provoking hour David Kettle
What's On Stage
[An] evidently talented comedy writer... he’s chosen to dramatise the current phenomenon that is online social networking... unlike his contemporaries, Brittain makes it work, and beyond an excuse to simply poke fun Leila Michael
Fringe Review 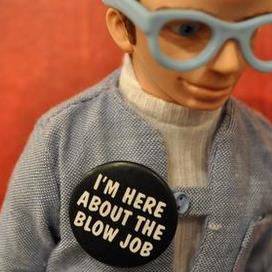