Shipwrecked on the shores of a strange land, Viola believes her twin brother Sebastian drowned. Disguising herself as a boy to work in the court of Count Orsino, she finds herself a go-between for the man she serves and the woman who refuses to love him. Jonathan Slinger played Malvolio in David Farr's production at the Royal Shakespeare Theatre and The Roundhouse 2012.

There is an outstanding Malvolio from Jonathan Slinger....it is funny because of the actors eye for psychological detail

Jonathan Slinger offers a comic tour-de-force..hideously warped by pride and self-love, yet somehow touching, too. 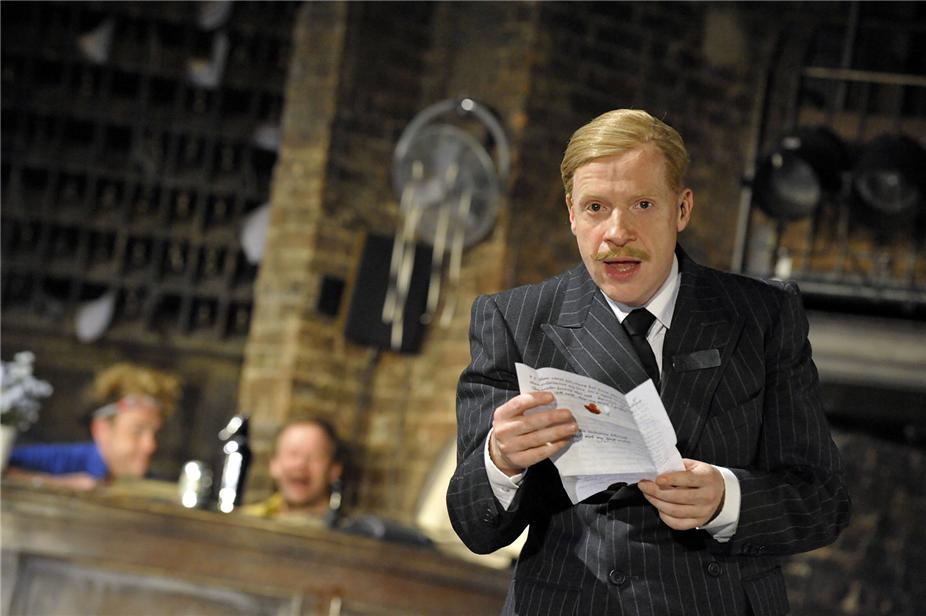