The Ornatrix is set in sixteenth century Italy, and centres on Flavia who was born with a birthmark covering her face, in the shape of a bird in flight.

Ashamed of the mark, her mother has concealed Flavia's face behind a veil all her young life. But on the night before her younger sister's wedding, Flavia does something drastic, something that will draw her into a much wider and stranger world than she could have imagined: the convent of Santa Giuliana, just outside the city walls of Perugia.

There she meets Ghostanza, a courtesan turned widow, whose white-lead painted face entrances Flavia, and whose beauty and cruelty are unmatched. Flavia becomes her ornatrix, her hairdresser and personal maid. But as white-lead paint rots the flesh below it, so Perugia, and Santa Giuliana, is rotten below the shimmer of wealth and privilege. And Flavia is drawn into a world of desire and jealousy that has devastating consequences.

Rich in description and character, Kate Howard’s stunning debut is painted majestically against a vivid historical landscape, tackling issues of belonging, female identity and the perception of beauty.

Melissa Pimentel manages the translation rights for The Ornatrix

‘This is the work of a fertile and unique
imagination...a debut work of remarkable depth'

'A readable and enjoyable book. I found myself going "just one more chapter" and losing quite a few hours immersed in it!'

'Favourite book this year. Did not want to start the next so I could relive moments from this one. I have identified the cast for the movie. Loved it.'

Kate Howard's marvellous debut novel creates a seething, sensual idiom entirely its own. Exquisite, earthy, witty - this is a book of rare beauty, about beauty. In this intensely-imagined, elegant and erudite novel, the story of a 16th century Italian woman's quest for beauty springs vividly to life'
Wendy Wallace, Author of The Painted Bridge

'Brilliant...kept me guessing until the end'

'A historical novel in the old fashioned style...deliciously complex and intelligent.'
Essie Fox, author of The Goddess and the Thief

'Vivid, dark & utterly compelling. The Ornatrix is a rich, lush novel and Kate Howard is a wonderful new voice'

‘Brave and brilliant, this is a novel that is as darkly compelling as a rare black pearl’

Patricia Bracewell, author of The Emma of Normandy Trilogy

‘Should be enjoyed in  sips, like fine wine, to better savor the lush, evocative prose all the way to the satisfying finish’

Howard brings Renaissance Italy to life in a vivid debut that recalls the best of Sarah Dunant and Tracy Chevalier.'

A glittering gem of a novel . . . oozes with colour, and yet it is also seething with the darkness that lies beneath . .. . It will certainly appeal to fans of Sarah Dunant, and Michelle Lovric

Exquisite, earthy, witty - this is a book of rare beauty, about beauty

A richly drawn cast of twisted characters . . . Howard's lyrical style is much like her Renaissance beauties: beguiling

Dazzling . . . a first novel of originality and, yes, beauty. 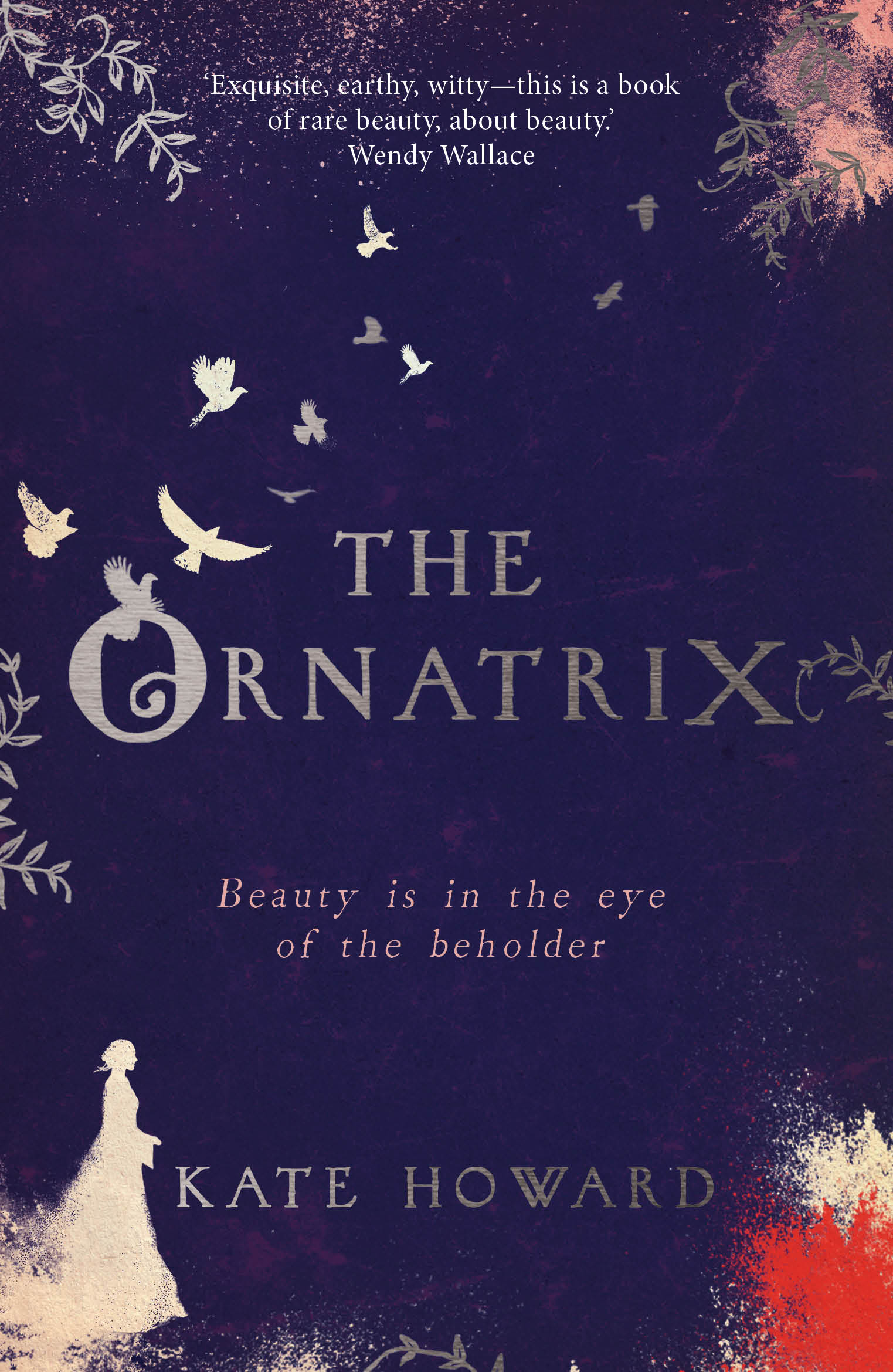