Seen through the eyes of one courageous family across three generations of Chinese women – grandmother, mother and daughter – the story follows the momentous upheaval engendered by the Communist Revolution in China.

Katie plays the role of the author who was a teenager which the Cultural Revolution began and whose story comprises the third section of the book.
Media
Reviews
Superb. Dominic Cavendish
The Telegraph
The best kind of didactic theatre, impassioned and the complete opposite of boring. Michael Coveney
Whatsonstage.com 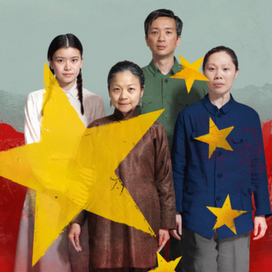