One of The Guardian's Best Music Books of the Year

One of The Herald's Greatest Music Books of the Year

A History of Popular Music in Seven Genres

An epic achievement and a huge delight, the entire history of popular music over the past fifty years refracted through the big genres that have defined and dominated it –including rock, country, punk, R&B, dance and hip-hop –woven together into a cosmic reckoning with music’s evolution as a popular art form, as a huge cultural and economic force, and as an essential component to our identities, from Black Sabbath to Black Flag to Beyoncé, and beyond.

From his own adolescence, when his allegiance was to punk rock, to his work as one of the essential voices of our time on music and culture at the New York Times and the New Yorker, Kelefa Sanneh has made a deep study of how our popular music unites and divides us, the tribes it forms, and how its genres, shape-shifting across the years, give us a way to track larger forces and concerns. Music is also, of course, a perfectly fine concern in itself, especially in the hands of a writer this brilliant and polyamorous. In Major Labels, Sanneh distills pretty much everything he knows and thinks about music and musicians into a sort of grand summa – which is a slightly grandiose label for a book this absurdly fun.

Nothing human is alien to Sanneh, no subgenre too narrow a crevice for him to find a purchase. Throughout, race is a powerful touchstone: just as there’s always been a “black” audience and a “white” audience, with more or less overlap depending on the moment, there is black music and white music (and some very white music), and a whole lot of confusing of the issue, if not to say expropriation. Sanneh debunks cherished myths, reappraises beloved heroes, and upends familiar ideas of musical greatness, arguing that sometimes, the best popular music isn’t transcendent: it expresses our grudges as well as our hopes, and it is motivated by greed as well as inspiration. In his hands, we understand music’s place as a powerful tool for human connection – and also a powerful tool for human antagonism. This is a book to shock and awe the deepest music nerd, and at the same time to work as a heady gateway drug for the uninitiated. It also stands as a brilliant fever graph of american cultural history over the last half century. Major Labels takes in the whole extraordinary groaning board of popular music, and it pays in full.

An intellectually rigorous retelling of rock and pop history.

There have been many attempts at explaining the modern trajectory of pop music, but MAJOR LABELS is quite possibly the best version I've ever read. Kelefa Sanneh is pure talent: an engaging, efficient writer with insightful observations and an openness of mind other critics only pretend to possess. I'm sure other people will attempt to publish books like this in the future, but they probably don't need to. They should just read this one.

A pleasure—and an education—for any music fan.

Major Labels is a completely enjoyable history that told me a thousand things I didn’t know and – one of the book’s great pleasures – made me see lots of musicians I thought I knew, or half-knew, in a whole new light.

The operative word is keen: zealous in spirit, exact in execution, ferociously acute from the first sentence to the last.

Kelefa Sanneh has achieved the impossible. Major Labels somehow manages to unspool everything you need to know about 50 years of music, but more impressively, he makes you care about all of it. Even the stuff you don’t care about. It’s funny, it’s personal and as a piece of writing, the book borders on poetry.

This is quite simply a perfect book for any music lover and an ideal primer on the last 50 years of popular music in the United States... A thoroughly enjoyable and perceptive book that champions the art of popular music.

This remarkable achievement will be a joy to music lovers, no matter what they prefer to listen to. 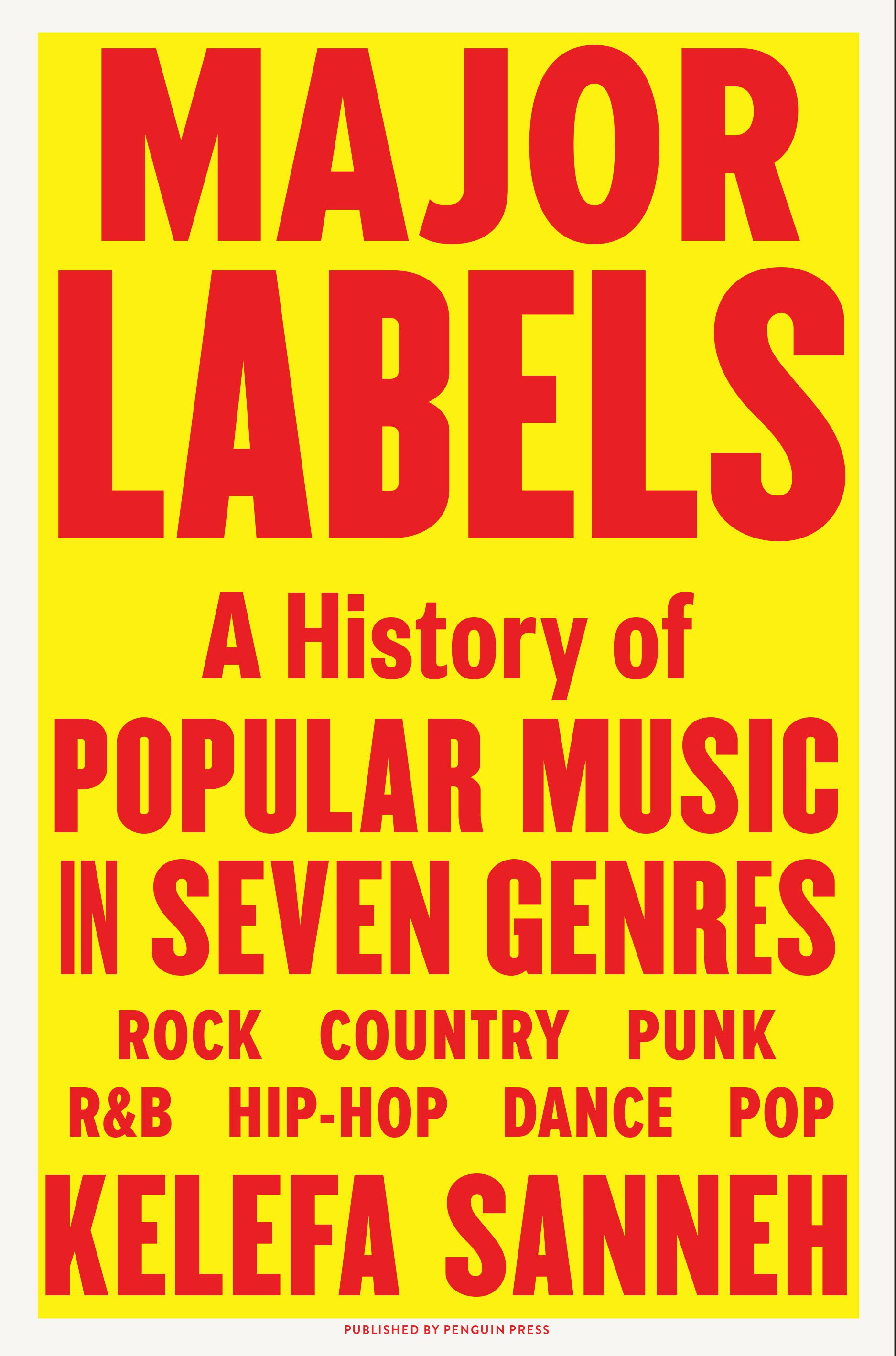