Written by Stephen Butchard (House of Saddam, Vincent), the drama is being billed as a sensitive portrait of events surrounding the discovery of five murdered young women in Suffolk in 2006. The case sparked the biggest manhunt in the UK since that of the Yorkshire Ripper in the 1970's.

Lisa plays Janet Humphries, the police liaison officer responsible for forging a relationship with the murdered women before their deaths.
Media 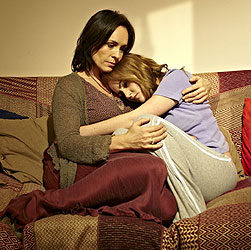