Pillars of the Earth

View PDF
tv
Role Kate the Whore (series regular)
Director Sergio Mimica Gezzan
Production Company Tandem Productions
The Pillars of the Earth is an eight-part epic set against a backdrop of war in 12th Century England. Based on Ken Follett’s novel of the same name and produced by Ridley Scott, it follows a number of characters engaged in a series of bitter power struggles.

Lisa plays Kate, a local whore always on the lookout for business.
Media 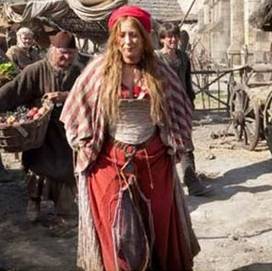