«I knew these people. These two people. They were in love with each other». On a hot summer night, a man lays in the darkness and obsessively listens to Harry Dean Stanton’s monologue in Paris, Texas. Something terrible happened to him.

Years later, on a rickety bus crossing some unnamed tropical country two men are sitting next to each other. One is fresh out of university, travelling with his girlfriend. The other one is older, he had a beer too many and has a special story to tell. It’s a story about poetry and politics, about a woman called Anna and how they were in love with each other.

As a young woman, Anna used to always wrap herself in a scruffy military jacket. Every word she uttered was a declaration of war. She dreamed of changing the world. Anna was young love, the kind of love that you don’t choose, that you just crash into. But then a terrible loss disintegrates the couple. Anna channels her grief into political engagement and moves on, becoming a passionate journalist. She survives and perhaps so does their love.

Artfully intertwining different perspectives and timeframes, Nel cuore della notte is a story of love, loss, poetry, and politics. It dives into the depths of human despair and re-emerges to expose the pettiness of modern-day populist rhetoric. And as the unnamed protagonist laments that poetry has ruined his life and books are good for nothing, we witness how they have the hidden power to change our lives. 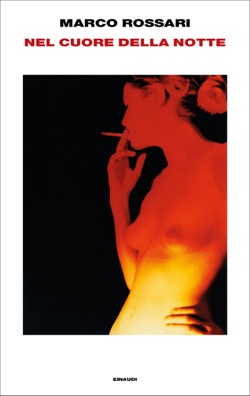