Against the background of a thousand years of vivid history, acclaimed writer Marie Arana tells the stories of three contemporary Latin Americans whose lives represent three driving forces that have shaped the character of the region: exploitation (silver), violence (sword), and religion (stone).

Leonor Gonzales lives in a tiny community perched 18,000 feet above sea level in the Andean cordillera of Peru, the highest human habitation on earth. Like her late husband, she works the gold mines much as the Indians were forced to do at the time of the Spanish Conquest.

Carlos Buergos is a Cuban who fought in the civil war in Angola and now lives in a quiet community outside New Orleans. His story echoes the violence that has coursed through the Americas since before Columbus, from 19th- and 20th-century wars and revolutions to the military crackdowns that convulse Latin America to this day.

Xavier Albó is a Jesuit priest from Barcelona who emigrated to Bolivia, where he works among the indigenous people. Although his aim is to learn rather than proselytize, he is an inheritor of a checkered past, where priests marched alongside conquistadors, converting the natives to Christianity, often forcibly, in the effort to win the New World.

In Silver, Sword, and Stone,  Marie Arana seamlessly weaves these stories with the history of the past millennium to explain three enduring themes that have defined Latin America since pre-Columbian times: the foreign greed for its mineral riches, an ingrained propensity to violence, and the abiding power of religion.

The sweep is enormous and complex, but Arana’s storytelling and her obvious compassion guide us through the past millennium as an absorbing, even poignant, kaleidoscopic journey to places it behooves us all to comprehend.

Arana’s strength is the power and passion of her storytelling, and her explanation of what has shaped Latin America over the past half-millennium has the ring of truth.

Arana’s history is as captivating as it is comprehensive. It’s a marvel for covering so much ground.

In this masterwork of exploration, connection, and analysis, Arana offers a fresh, gripping, and redefining perspective on a vital and magnificent region betrayed by toxic greed and vicious tyranny.

A reading of Silver, Sword and Stone is a punch in the face — the real impact of greed, violence and religion comes through viscerally. But Arana's book also reveals the paradox which both supports and defies centuries of oppression. It's the Latin American's capacity to endure. More than a lesson on oppression, this is a story about the fatalism of resilience.

Through the power and beauty of her writing, Arana brings extraordinary clarity to one of the most complex regions of the world. I have never before read a book of such astonishing breadth and intricate depth, capturing both the magnificent sweep of history and the gripping immediacy of journalism. The stories she tells will break your heart and blow your mind, but they will also give you a much clearer understanding of Latin America and a deep sense of wonder at the strength and resilience of its people.

Candice Millard, author of Hero of the Empire

A profoundly moving and relevant work that provides new ways of thinking about the "discovery of America."

An elegant and incisive writer and observer, Marie Arana has given us a thoughtful and revealing portrait of the fabled—and too-little-understood—world of Latin America. Combining history with contemporary reportage, Silver, Sword & Stone is compelling reading.

Jon Meacham, author of The Soul of America: The Battle for Our Better Angels

To trace the soul of a continent is an extraordinary feat, and Marie Arana does it with scholarly precision, moral thoroughness and elegance of style. For anyone interested in understanding—really understanding—what Latin America is and where it comes from, Silver, Sword and Stone has to be the first step.

Juan Gabriel Vásquez, author of The Sound of Things Falling

Like a condor soaring above the Andes, Marie Arana gives a sweeping overview of Latin American history. History is usually written by the winners, but this book throbs with passion for the victims and underdogs. It also celebrates the cultural triumphs, exuberance and generosity that make Latin America so lovable.

John Hemming, author of The Conquest of the Incas

Silver, Sword, and Stone, as Arana points out, is not a straightforward history of Latin America. Neither is it journalism. Rather, it’s a hybrid, combining learned historical analysis with in-depth reporting and political commentary. . . . [And] an informed and authoritative voice, one that deserves a wide audience. 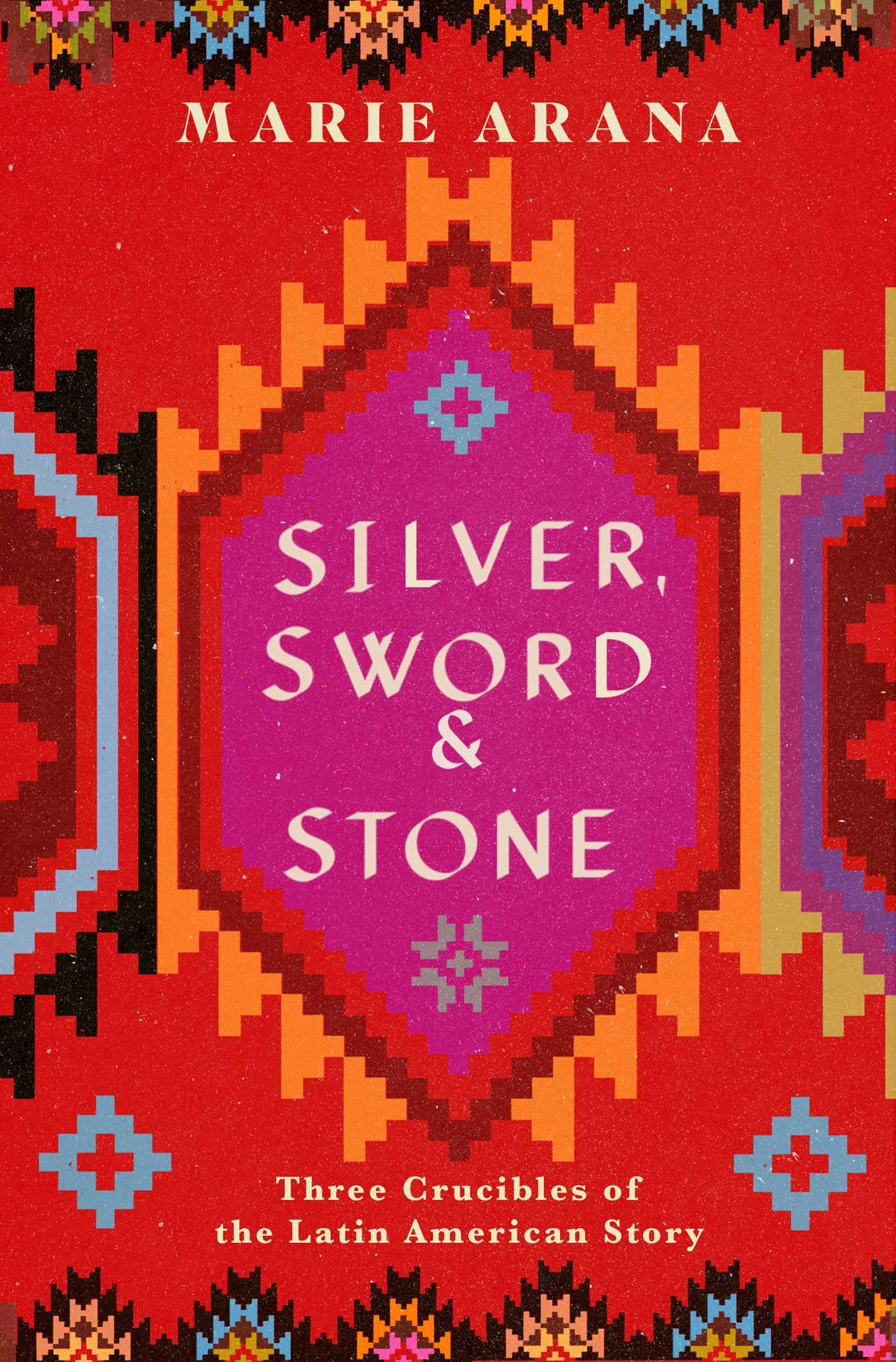