The Bull from the Sea

The sequel to The King Must Die, The Bull from the Sea continues the story of the hero Theseus after his return from Crete.

Having freed the city of Athens from the onerous tribute demanded by the ruler of Knossos - the sacrifice of noble youths and maidens to the appetite of the Labyrinth's monster - Theseus has returned home to find his father dead and himself the new king. But his adventures have only just begun: he still must confront the Amazons, capture their queen, Hippolyta, and face the tragic results of Phaedra's jealous rage.

Piecing together the fragments of myth and using her deep understanding of the cultures reflected in these legends, Mary Renault has constructed an enthralling narrative of a time when heroes battled monsters and gods strode the earth.

In The Odyssey and The Iliad, Homer uses the phrase “wine dark” to describe the sea, which has puzzled scholars for centuries. Perhaps Homer was colourblind, or quaffed blue wine – whatever the answer, the mystery suggests how different the Ancient Greeks’ world was from our own. Mary Renault’s genius lay in her ability to conjure that otherness in her writing about the ancient world. The Bull from the Sea (1962)  follows the warrior Theseus on his return home from his travels, whereupon he becomes king, battles, then falls in love with, an Amazonian queen, and skirmishes with the Scythians. Throughout, Renault evokes the profound strangeness of this world in which Gods and monsters are present in everyday consciousness. 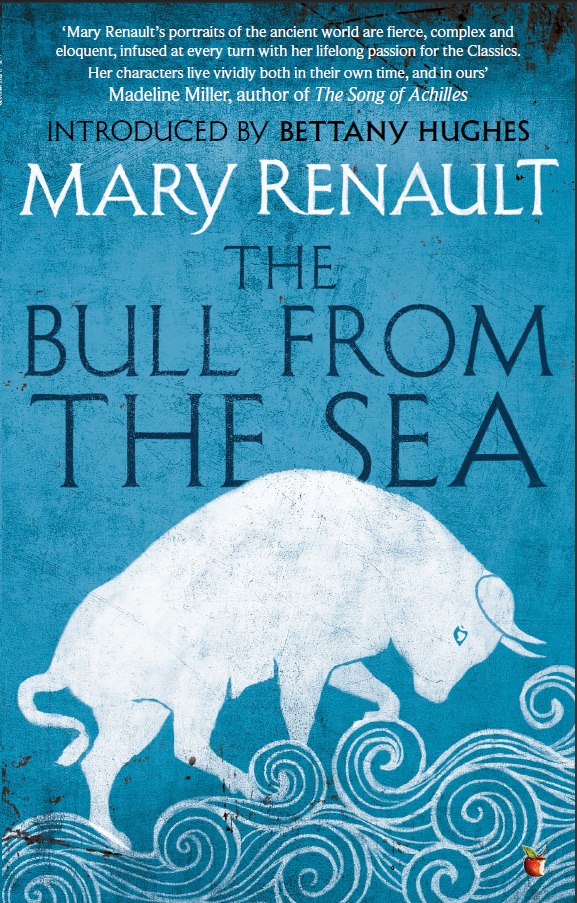