A beloved grandfather has died, and a treasured family heirloom with religious significance is up for grabs. But who is most deserving of it? Bossy, overbearing, fanatically religious Daphna? Her wealthy cousin Liam, who’s just returned from skiing with his non-Jewish girlfriend Melody? Or Jonah, his brother, who would prefer not to get involved in the fight?

A cramped Manhattan apartment becomes the setting for a viciously hilarious brawl over family, faith and legacy as the contenders set at each others' throats on the night after the funeral.

This is an outstanding production from director Michael Longhurst… This is a brutal, feral script with great soul; the searing observations of what religion actually means is deftly handled and the excellent performances ensure a fine balance; both challenging the audience and providing much food for thought.

The tension is palpable and … under Michael Longhurst’s assured direction highs and lows are well-paced.

There will be no justice in the world if this shockingly good production does not transfer to London.

Michael Longhurst's production … has the right claustrophobic intensity and is acted with suitable passion. 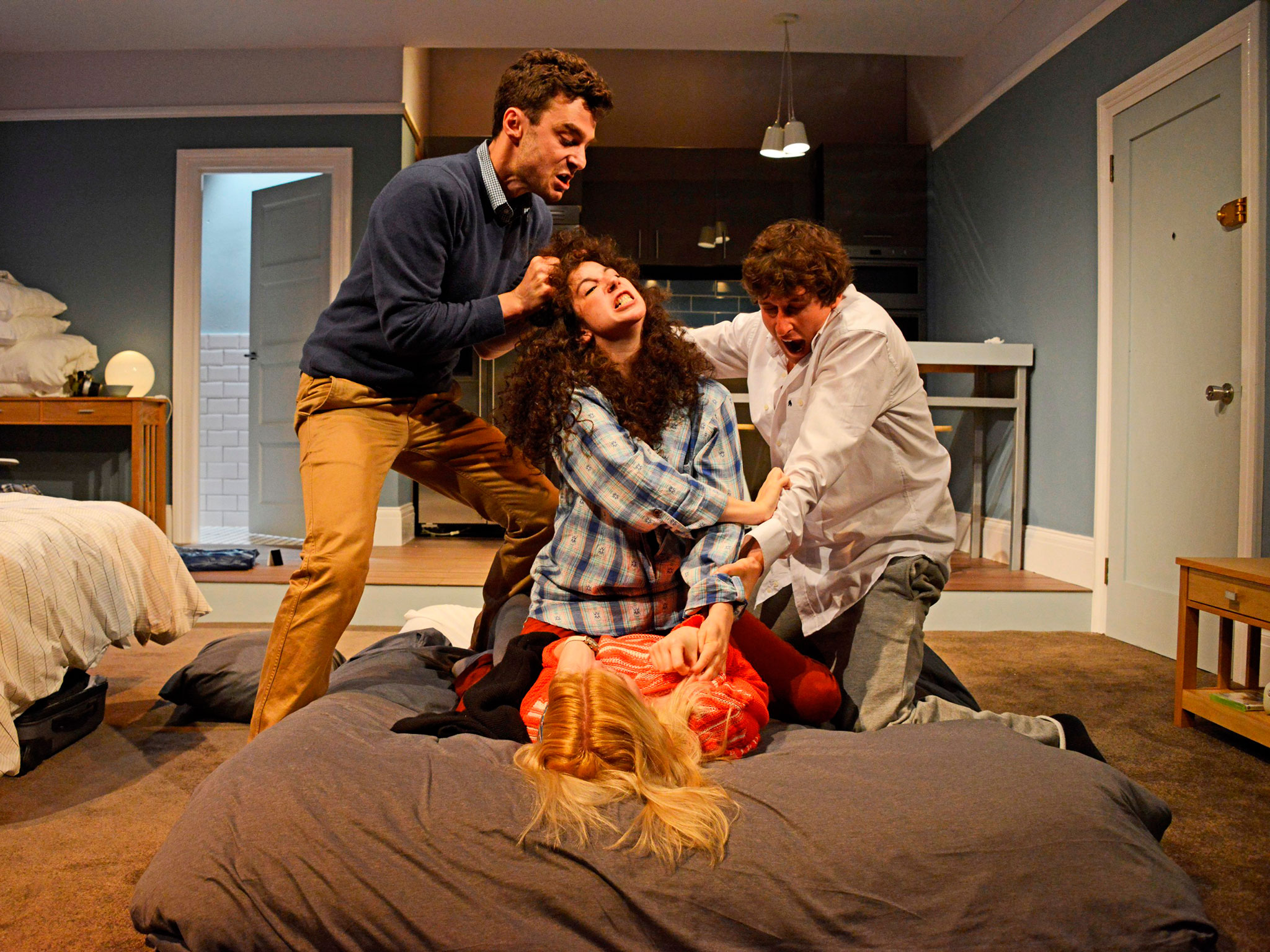