Michael Longhurst directs an illuminatingly lucid production in an auditorium magically filled with floating white balloons that somehow conjure the wonder and the possibilities the play suggests. *****

Michael Longhurst's superb production (how on earth did they rehearse this?) features two performances that are miracles of timing ***** 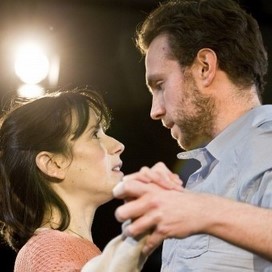