Presented as part of the International Playwrights Season: A Genesis Foundation Project.

The Latvians who fought for the Third Reich and halted the Red Army parade as heroes every year through the streets of Riga. As a growing number of young Russians campaign to halt the ‘fascist’ march, their Latvian counterparts join the veterans in commemoration.


When teenager Anya becomes a political activist, her father’s attempts to calm the situation stir up a storm of extremist patriotism.
Media
Reviews
If the prospect of a play about Latvia overwhelms you with gloom, think again. This one has a sombre wit, and Michael Longhurst’s production is anything but a chore. Maxie Szalwinska
The Sunday Times Full Review 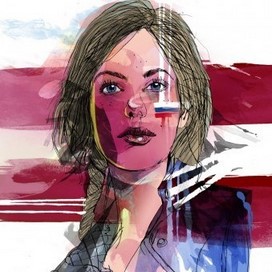