Gabriel Lightfoot, an enterprising man from a northern English mill town, is making good in London. As executive chef at the once-splendid Imperial Hotel, he aims to run a tight kitchen. Though he’s under constant challenge from the competing demands of an exuberantly multinational staff, a gimlet-eyed hotel management, and business partners with whom he is secretly planning a move to a restaurant of his own, all Gabe’s hard work looks set to pay off.

Until, that is, a worker is found dead in the kitchen’s basement. It is a small death, a lonely death—but it is enough to disturb the tenuous balance of Gabe’s life.

Enter Lena, an eerily attractive young woman with mysterious ties to the dead man. Under her spell, Gabe makes a decision, the consequences of which strip him naked and change the course of the life he knows—and the future he thought he wanted.

Kate Cooper manages the translation rights for In the Kitchen 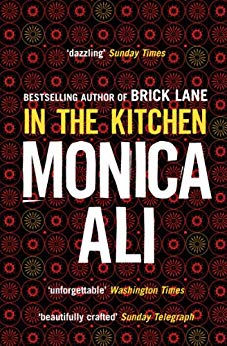