'The hay stirred. There was a small nibbling sound. A furry head poked out. I saw its dark, beady eyes, its sharp, pointed ears... his eyes seemed alert and inquisitive, as if he were as interested in us as we were in him'

Henry is only three inches long when naughty Charlie catapults him out of his nest - a poor baby red squirrel, all ragged and skinny. He is too young to survive being released into the wild, but can a squirrel be a pet?

Henry's new human family has also had to adapt to a different way of life. Evacuated from London during the Blitz, to a farm in Wales, they were upturned from their old life just as Henry was 'tipped out' of his nest. Can this mischievous little creature, who makes nests out of their clothes and runs up the children like they are trees, help them to settle into their new life?

A subtle and many-layered story, one of Nina Bawden's best.

Nina Bawden's readers should be numbered like the sands of the sea. 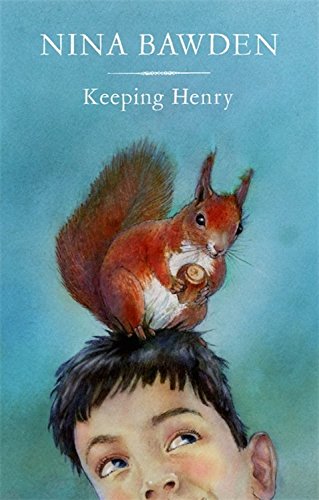