Peter Hoar directed The Wire star Dominic West as Australian scientist Professor Howard Florey in this one off drama for BBC4's War Beneath the Skin season.

A revealing, poignant and witty character-driven account of a miraculous scientific breakthrough, Breaking The Mould tells the little known story of the team of unsung heroes from the prestigious Dunn School of Pathology at Oxford University who were behind the discovery of penicillin.

Media
Reviews
nuanced, slow-burning and engrossing... and West is great
The London Paper
it grabs you with graphic depictions of the not-so distant past when the most trivial scratch could kill you horribly if it were to turn septic Jane Simon
The Mirror 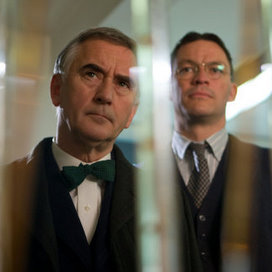