Art Beyond the Gallery

Winner of the 1985 Sir Banister Fletcher Award (The prize, given annually by the Author’s Club on the recommendation of the Royal Institute of British Architects’ Literature Committee, is awarded to the best book in the field of architecture or the fine arts).

In the early decades of the twentieth century, British art was enlivened by a wide variety of imaginative attempts to take painting and sculpture outside the boundaries of the gallery. Some of the works were commissioned by architects as integral parts of new buildings

Anna Davis manages the translation rights for Art Beyond the Gallery 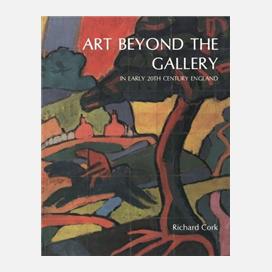