The no. 1 international bestselling sequel to The Chemistry of Death.

On his way back from an ongoing investigation into a serial killer in Scotland, forensic anthropologist David Hunter is asked to examine a fire-death on the remote Hebridean island of Runa. Told only that there is something 'strange' about it, Hunter is intrigued enough to accept - despite the worsening winter weather conditions, and the strain it will put on his already troubled relationship with his girlfriend, Jenny.

After a rough sea journey, he and the two police officers who accompany him are met by Brody, a retired DI who now lives on the island, and who discovered the body. Warned that it will be unlike anything he's seen before, Hunter is still unprepared for what confronts him at the abandoned old crofter's cottage - human remains that have been burnt to the bone, except for both feet and a single hand that have somehow survived unscathed. Even more inexplicably, nothing else in the cottage has been damaged by the fire.

It appears to be a textbook case of the phenomenon known as spontaneous human combustion. But Hunter is certain there is a more rational explanation for what has happened. And although the police seem ready to dismiss this as a bizarre accidental death, he finds himself drawn more towards Brody's gut feeling: whatever caused this, it was no accident.

But even as Hunter comes face to face with the knowledge that there is a murderer on the island, the full force of an Atlantic storm descends. Cut off from the mainland, he begins to realise that the burned corpse is only one of Runa's secrets. And as the storm rages, the killing begins in earnest...

Liz Dennis manages the translation rights for Written in Bone 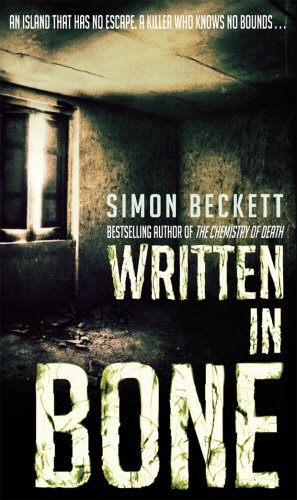