Mike is a locksmith. He’s also a prisoner on work release, but you wouldn’t know it. He’s just trying to focus on his house calls and reconcile with his ex-girlfriend—until Margo hijacks his day. A live-wire kook who’s certain her boyfriend is cheating on her, Margo bulldozes Mike into spying on the alleged cad. The result: an all-day adventure with a stolen vehicle, a visit to an unlikely drug dealer, and a low blood-sugar attack. 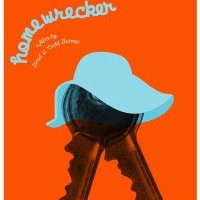