Girl With a Pearl Earring

UK & Comm → HarperCollins
US → Plume
One of the best-loved paintings in the world is a mystery. Who is the model and why has she been painted? What is she thinking as she stares out at us? Are her wide eyes and enigmatic half-smile innocent or seductive? And why is she wearing a pearl earring?

Girl With a Pearl Earring tells the story of Griet, a 16-year-old Dutch girl who becomes a maid in the house of the painter Johannes Vermeer. Her calm and perceptive manner not only helps her in her household duties, but also attracts the painter's attention. Though different in upbringing, education and social standing, they have a similar way of looking at things. Vermeer slowly draws her into the world of his paintings - the still, luminous images of solitary women in domestic settings.

In contrast to her work in her master's studio, Griet must carve a place for herself in a chaotic Catholic household run by Vermeer's volatile wife Catharina, his shrewd mother-in-law Maria Thins, and their fiercely loyal maid Tanneke. Six children (and counting) fill out the household, dominated by six-year-old Cornelia, a mischievous girl who sees more than she should.

On the verge of womanhood, Griet also contends with the growing attentions both from a local butcher and from Vermeer's patron, the wealthy van Ruijven. And she has to find her way through this new and strange life outside the loving Protestant family she grew up in, now fragmented by accident and death.

As Griet becomes part of her master's work, their growing intimacy spreads disruption and jealousy within the ordered household and even - as the scandal seeps out - ripples in the world beyond.
Rights 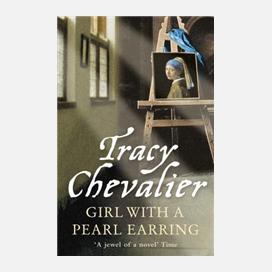