View PDF
theatre
Role Oshoosi
Director Bijan Sheibani
ATC/Young Vic
The Brothers Size is Bijan Shelbani’s multi-award winning production of Tarell Alvin McCraney's 2007 play. Set in present day Louisiana, it tells the story of two brothers, Ogun and Oshoosi. Ogun is a hardworking and responsible auto-repair worker. His brother Oshoosi is an ex-con, fresh out of prison and determined to enjoy his freedom. When Oshoosi’s former cell mate tracks him down and offers him a free car, Ogun must act quickly to rescue his younger brother from being lured back into a life of crime. 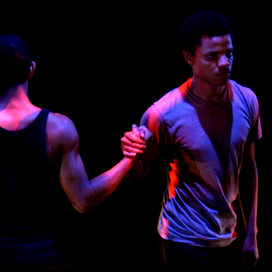