View PDF
theatre
Role Arsei
Director Michael Boyd
RSC
Set in Ukraine in 1929, The Grain Store follows a close-knit peasant community as they find themselves unwittingly standing in the way of Stalin’s dream of building a great Socialist Soviet empire and are soon pushed aside by the force of change sweeping the nation. 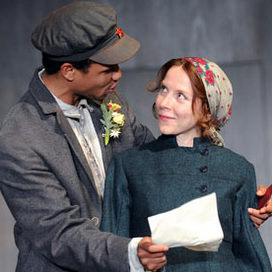