A graphic novel from Edinburgh-based Will McPhail, the cartoonist at the heart of the exciting wave of young contributors to The New Yorker.

In follows Nick, an illustrator isolated by his tendency to observe rather than participate, and Wren, a mischievous oncologist whose own nature is obscured by whichever joke she is currently committed to. Increasingly frustrated by meaningless interactions, by coffee shops that house ten types of milk but one homogeneous personality, Nick decides one day to try to try to forge a genuine human interaction by finding the ‘right words’. Faced with his plumber Steve, he takes the plunge: and when he does, when Steve opens his world to him, Nick discovers he can explore it as if it were a real place, a physical manifestation of Steve’s true self and the meaningful conversation that they’re having. Finally taking part in life, Nick is no longer watching from the outside— he’s in. As he finds the right words to have genuine interactions with more people, he learns of the striking differences between our inner selves and our public personas. But when one of these worlds is suddenly closed to him forever, Nick will try to reconcile his own inner life with his outward persona.

Helen Manders manages the translation rights for In

It’s good to see someone having fun with form and making adventurous choices. And the story is compelling. McPhail’s book is delicate, polished
and smart. He’s a miniaturist who offers precision and poise.

At times, In. fizzes with zeitgeist-skewering wit; at others, it probes the quiet places where doubt lurks and love can flourish. It’s a very fine debut, from a serious talent

A curious, funny and deeply human story about growing up in adulthood. Asks all the questions, and makes a case for real connection in a world full of podcasts and plant-based milk.

This is a miraculous book. Very funny, very sad and very beautiful - all at the same time, somehow.

Brilliant. IN feels so real to me 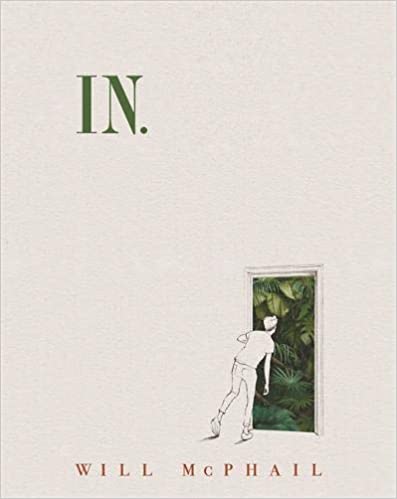