The Organs of Sense

Set in 1666 in the mountains of Bohemia, The Organs of Sense is a novel that purports to be a translation from the Latin of an encounter between the philosopher Gottfried Wilhelm Leibniz - not yet the world renowned polymath who would go on to discover calculus, but rather a nineteen year old whose faith in reason has been shaken - and a blind astronomer who has predicted an eclipse, despite the fact he literally has no eyes.

In the three hours before the eclipse occurs (or fails to occur) the astronomer tells Leibniz the story of how he lost his eyes, and how he claims to see the heavens without them, a tale that ends up encompassing the astronomer’s entire life. An absurdist, nested fable about the slippery boundaries between reason and madness, parents and children, ambition and failure, blindness and sight, The Organs of Sense sees Sachs tangling with the influences of his twin idols - Franz Kafka and Thomas Bernhard - while carving out new comic and philosophical terrain entirely his own.

Claire Nozieres manages the translation rights for The Organs of Sense

A madcap, ingenious fable which booms with endless jokes and riffs about the nature of consciousness itself, The Organs of Sense is yet another dazzling, high-wire performance from our modern-day Kleist, Adam Ehrlich Sachs.

A delightful perversion of history.

The New York Review of Books

A pleasure to read, especially for the scientifically inclined.

This is the funniest and most original novel I've read in a very long time, a madcap blend of philosophical malpractice and byzantine palace intrigue. It's like what might happen if Helen DeWitt attempted a revisionist 17th century historical novel, or if Sebald had gone insane. In other words, there's nothing else like it. Read it and see!

At once erudite and comic, The Organs of Sense is an absurd and beautifully finessed pseudo-historical novel which deftly circles around a dark core.

Beguiling and utterly magical... Sachs considers father-son relationships and other complicated family dynamics that can make or break creative ambition of all stripes... Sprinkled with generous doses of philosophy, this gem of a novel, with a spectacular denouement... is an utterly immersive and transportive work of art. 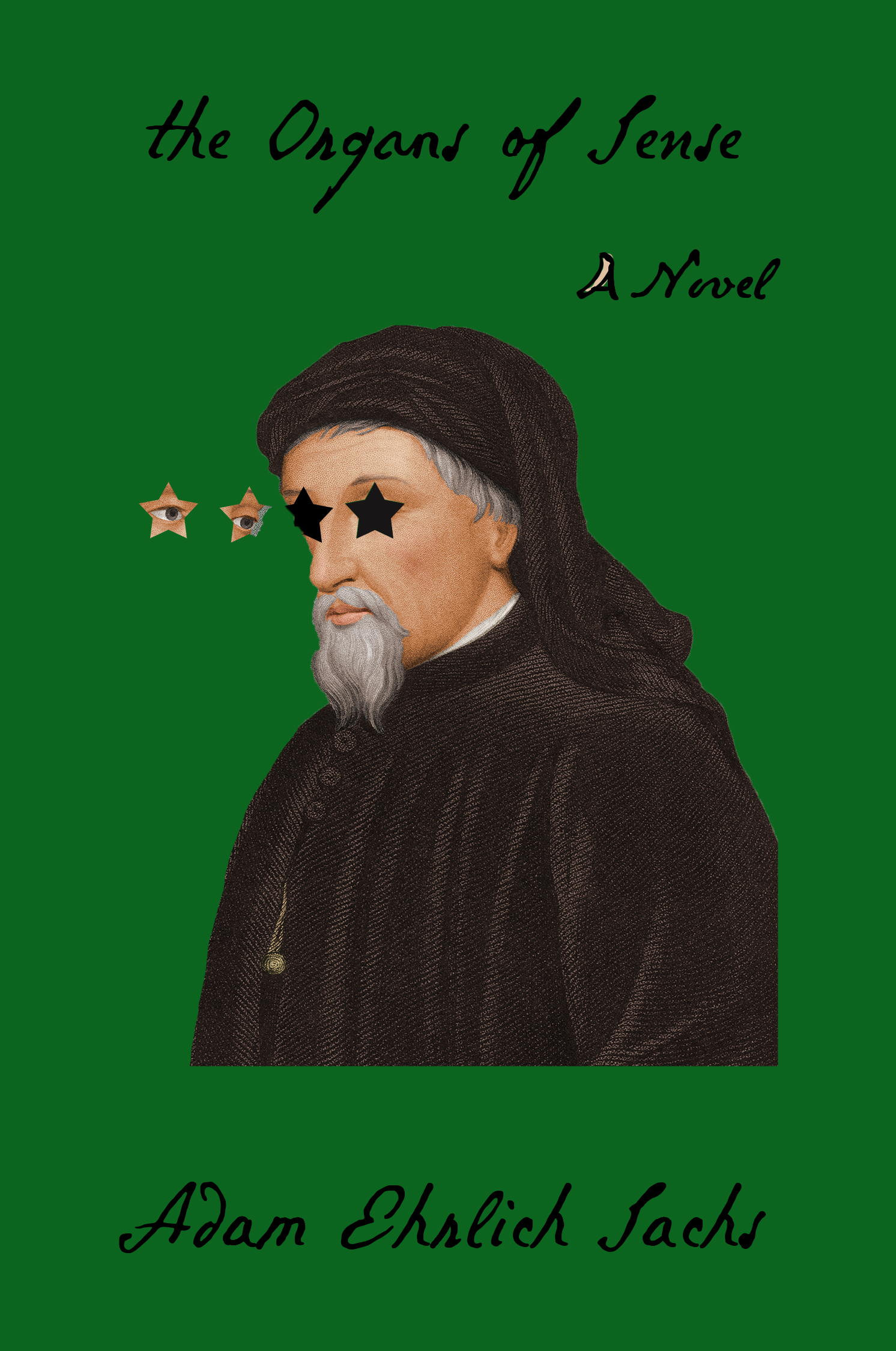