Starring
Production Company BBC Productions
Broadcaster BBC 2
Alex Holmes's bold drama documentary about a formative event in British history fluently mixed accounts from survivors of the legendary retreat from Dunkirk with powerful dramatic reconstructions resulting in a television mini series that won significant popular and critical acclaim and formed a fitting tribute to those who had fought.
Media
Reviews
Superbly dramatised....it is a spare, taut, unshrinking, unsentimental, but sensitive view of the horrors and triumphs of war Gerard O'Donovan
The Telegraph
Why can't we make war stories as gripping as Saving Private Ryan, or Band of Brothers? Well someone just did Tony Parsons
The Mirror 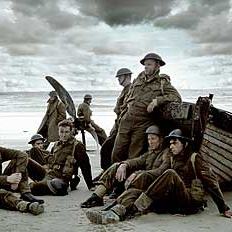