One night in March, a terrible tragedy shakes the Queens neighborhood where Jessica Nolan and Lucas Rossi live.

The year since the shooting has played out differently for Jess and Lucas, both of whom were affected by that night in eerily similar, and deeply personal, ways. Lucas has taken up boxing and lives under the ever-watchful eye of his overprotective parents, while trying to put good into the world through random acts of kindness—to pay back a debt he feels he owes the universe for taking the wrong brother.

Jess struggles to take care of her depressed mother, with the help of her elderly next-door neighbor, and tries to make ends meet. Without her best friend, who’s across the country at a special post-trauma boarding school, and her brother, who died that night, Jess feels totally alone in the world.

When Jess and Lucas's paths cross at their shared after-school job, they start to become friends…and then more.

Their community—and their families—were irrevocably changed by a senseless act of violence. But as Jess and Lucas fall in love, they'll learn to help each other heal and move forward—together.

That Night is an emotional and ultimately hopeful story about tragedy, love, and learning to heal.

Roxane Edouard manages the translation rights for That Night

Giles' novel is one of surviving terrible losses and of healing ... Readers will find the latest from Giles a pleasing read.

A heartbreakingly real look at how grief unfolds, That Night journeys into the unknown territory that follows a loss. Both timely and timeless, That Night is a story that will stay with you long after you close the cover.

That Night is an emotional and ultimately hopeful story about tragedy, love, and learning to heal.

A poignant exploration of the way grief redefines
us in the wake of tragedy. That Night reminds readers
that small acts of kindness and greater leaps of trust have
the power to strengthen the human heart.

Amy Giles dives into the aftermath of public tragedy,
when all the cameras are gone, reminding us of the power of grief, love, and hope. A timely and necessary read. 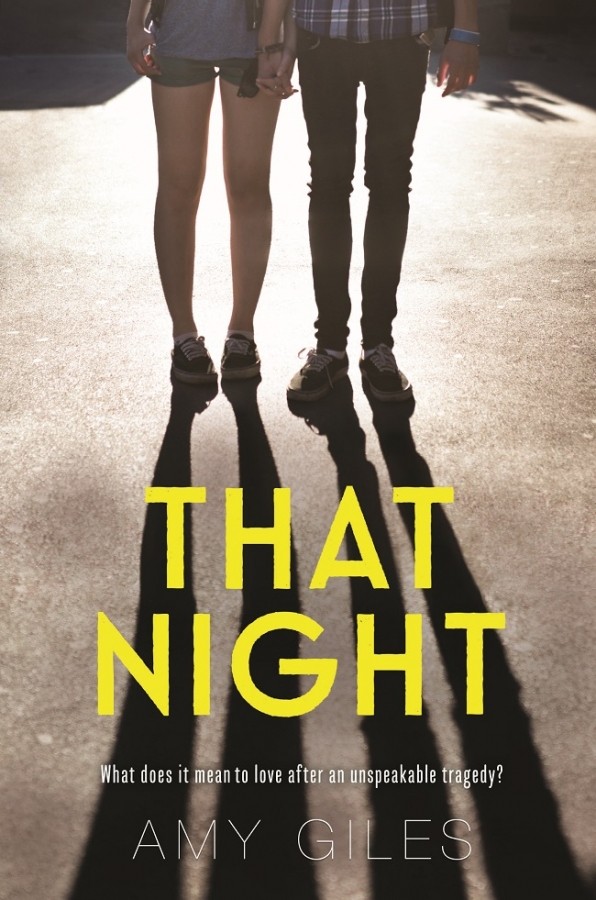