On the verge of a breakthrough of his career, ambitious young journalist, Kenny, learns that his mother, May, is dying of cancer. The discovery forces him to re-evaluate his life and responsibilities - particularly when he inherits the care of his younger sister, Roberta, who has Down's Syndrome.

Noiminated for the Carl Foreman Award, and winner of the Women in Film and Television Script Award in 2005. 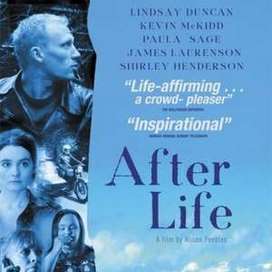