When rumours of a huge and terrifying monster called Gizimoth reach Edwinland, King Edwin Flashypants decides that to be a proper king, he needs to go and fight it. Meanwhile, Emperor Nurbison has had a similar idea, but he has a much sneakier plan for what he can do with the Gizimoth. And it involves squishing Edwinland.

Hold tight for another thrilling Flashypants adventure, with jousting, vegetables, fire-breathing toads and plenty of FOO-HOO-HOOing.

Riley’s second King Flashypants tale of folderol and foolishness is as much fun as the first (think Monty Python and the Holy Grail for 7-year-olds), with a bit of poo-humor thrown in for giggles. The author’s cartoon illustrations combine with occasional trickery of typesetting to hit the right mix of deadpan and slapstick. 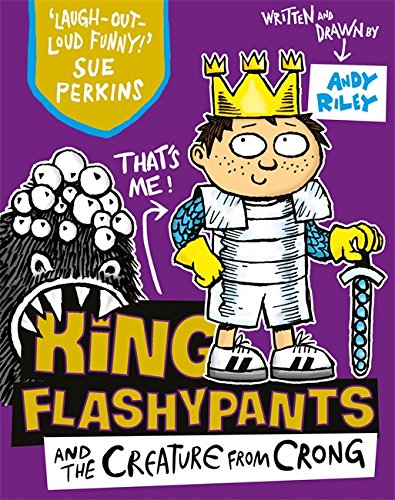