Somewhere in South America, at the home of the country's vice president, a lavish birthday party is being held in honor of Mr. Hosokawa, a powerful Japanese businessman. Roxanne Coss, opera's most revered soprano, has mesmerized the international guests with her singing.

It is a perfect evening -- until a band of gun-wielding terrorists breaks in through the air-conditioning vents and takes the entire party hostage. But what begins as a panicked, life-threatening scenario slowly evolves into something quite different, as terrorists and hostages forge unexpected bonds and people from different countries and continents become compatriots.

Without the demands of the world to shape their days, life on the inside becomes more beautiful than anything they had ever known before.At once riveting and impassioned, the narrative becomes a moving exploration of how people communicate when music is the only common language.

Friendship, compassion, and the chance for great love lead the characters to forget the real danger that has been set in motion and cannot be stopped.

Entertainment Weekly Full Review
Publishers Weekly
Patchett's ability to evoke sense of place. . .is near magical in itself.

Crisply written, immaculately plotted, and often very funny, it is that rarity - a literary novel you simply can't put down. The Times

Like the blueprint of operatic performance that she has imported, Patchett slides from strutting camp to high tragedy, minute social comedy to sublime romanticism. Alex Clark, the Guardian 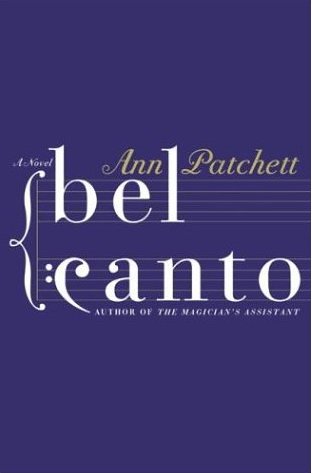