US → Random House
For eighteen years Fran Benedetto kept her secret, hid her bruises. She stayed with Bobby because she wanted her son to have a father, and because, in spite of everything, she loved him. Then one night, when she saw the look on her ten-year-old son’s face, Fran finally made a choice — and ran for both their lives.

Now she is starting over in a city far from home, far from Bobby. In this place she uses a name that isn’t hers, watches over her son, and tries to forget. For the woman who now calls herself Beth, every day is a chance to heal, to put together the pieces of her shattered self. And every day she waits for Bobby to catch up to her. Bobby always said he would never let her go, and despite the ingenuity of her escape, Fran Benedetto is certain of one thing: It is only a matter of time.
Rights

Sophie Baker manages the translation rights for Black And Blue 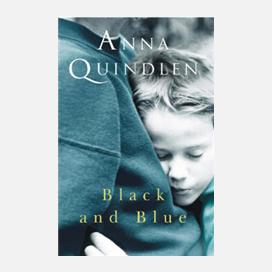