Winner of the Prix Crok'Livres 2021

Shortlisted for the Prix Histoire d'Ados 2021

Shortlisted for the Prix Libr'à Nous in the children’s category

Shortlisted for the Prix Guilli 2019

Charly Vernier is your average teenager… if you ignore the fact that his high school is an old match-making factory, that his eccentric mother is the principal and that his cat might be a bit more perceptive (although not necessarily more likeable) than his peers.

Seven years ago, his grandmother Lady Mélisse disappeared without a word. Though Charly has very little recollection of time spent with her, he knows they were close and that he may have played a part in her sudden flight. Brought home by a stranger who seems to hold her in the highest regard, Lady Mélisse is very diminished and has lost nearly all her memories. Thanks to a message he finds in her luggage, Charly slowly discovers that a world of magic exists alongside ours. With the help of a master (a very reluctant Master Lin) and a friend/rival of sorts (the brilliant Sapotille), Charly embarks on a quest to find out what happened to his grandmother.

He will discover her link to a mysterious figure, The Reaper, who no longer complies with the Academy of Magic. Charly realises that this far from perfect world of magic is, in fact, on the brink of a civil war, torn apart by the internal factions vying for control over the most rare and precious resources of all: Magic.

The audio rights are handled by Editions Gallimard. 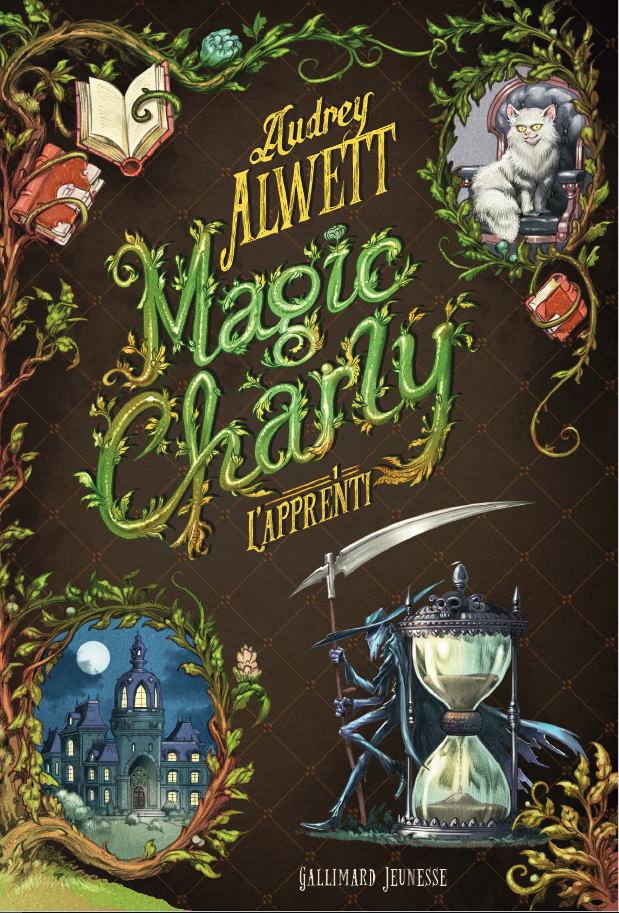