A new novel by PEN/Faulkner Award winner Azareen Van der Vliet Oloomi – “if you don’t know this name yet, you should” (Entertainment Weekly) – about a young woman caught in an affair with an older man, a personal and political exploration of desire, power, and human connection.

It’s summer when Arezu, an Iranian-American teenager, goes to Spain to meet her estranged father at an apartment he owns there. He never shows up, instead sending her a weekly allowance, care of his step-nephew, Omar, a forty-year-old Lebanese man. As the weeks progress, Arezu is drawn into a mercurial, charged, and ultimately catastrophic affair with Omar, a relationship that shatters her just on the cusp of adulthood.

Two decades later, Arezu inherits the apartment. She returns with her best friend, Ellie, to excavate the place, and finally put to words a trauma she’s long held in silence. Together, she and Ellie catalog the questions of agency, sexuality, displacement, and erasure that surface as Arezu confronts the ghosts of that summer – ghosts that threaten to overtake her with every day she spends among them.

Equal parts Marguerite Duras and Shirley Jackson, Rachel Cusk and Samanta Schweblin, Savage Tongues is a compulsive, unsettling, and bravely observed exploration of violence and eroticism, haunting and healing, and the profound intimacy born of the deepest pain.

Against the gorgeous, punishing landscapes of Andalusia, the narrator of Savage Tongues relentlessly and movingly anatomizes the links between violence—both personal and systemic—and desire. This uncompromising novel lives at the border of memory and dream, restlessly seeking a logic that can transform cruelty into love.

“If you don’t know this name yet, you should.”

“This is a book for those who expect from the novel far more than a story."

“Savage Tongues is an international novel careful to record the beauty of the natural world while also chronicling the harm people do to one another in this world…This book is relentless in the best way."

"Savage Tongues touches all the bases—identity,
sex, power, youth and age, the present and the past—and knocks it out of the park…Our woke Marguerite Duras."

Francine Prose, author of Lovers at the Chameleon Club and Mister Monkey

"Van der Vliet Oloomi establishes herself as a skilled cartographer of trauma. With a remarkably clear vision and dynamic, colorful prose, she takes us along on her journey into the deepest recesses of an embattled mind. This is a book for those who expect from the novel far more than a story."

Amir Ahmadi Arian, author of Then The Fish Swallowed Him

“Savage Tongues breathes fresh life into
ancient wounds, erasures, and annihilations. By
mining transgressions—historical, sexual, bodily, and
territorial—Van der Vliet Oloomi delivers a courageous book, as searing and terrifying as it is healing.”

Neda Maghbouleh, author of The Limits of Whiteness

"Azareen Van Der Vliet Oloomi is no stranger to accolades...And, boy oh boy, does she deserve every one of them...Savage Tongues has drawn comparisons to Shirley Jackson and Samanta Schweblin for the way it keeps you suspended in a state of discomfort and hauntingly depicts a shattering of the self."

In Savage Tongues the immensely gifted Van der Vliet Oloomi describes a woman walking the razor thin line between memory and madness as she tries to rescue her younger self. Happily Arezu does not walk the line alone. This vivid account of the haunting nature of trauma is also a wonderful testimonial to friendship. A resonant and powerful novel.

Margot Livesey, New York Times-bestselling author of The Flight of Gemma Hardy and The Boy in the Field 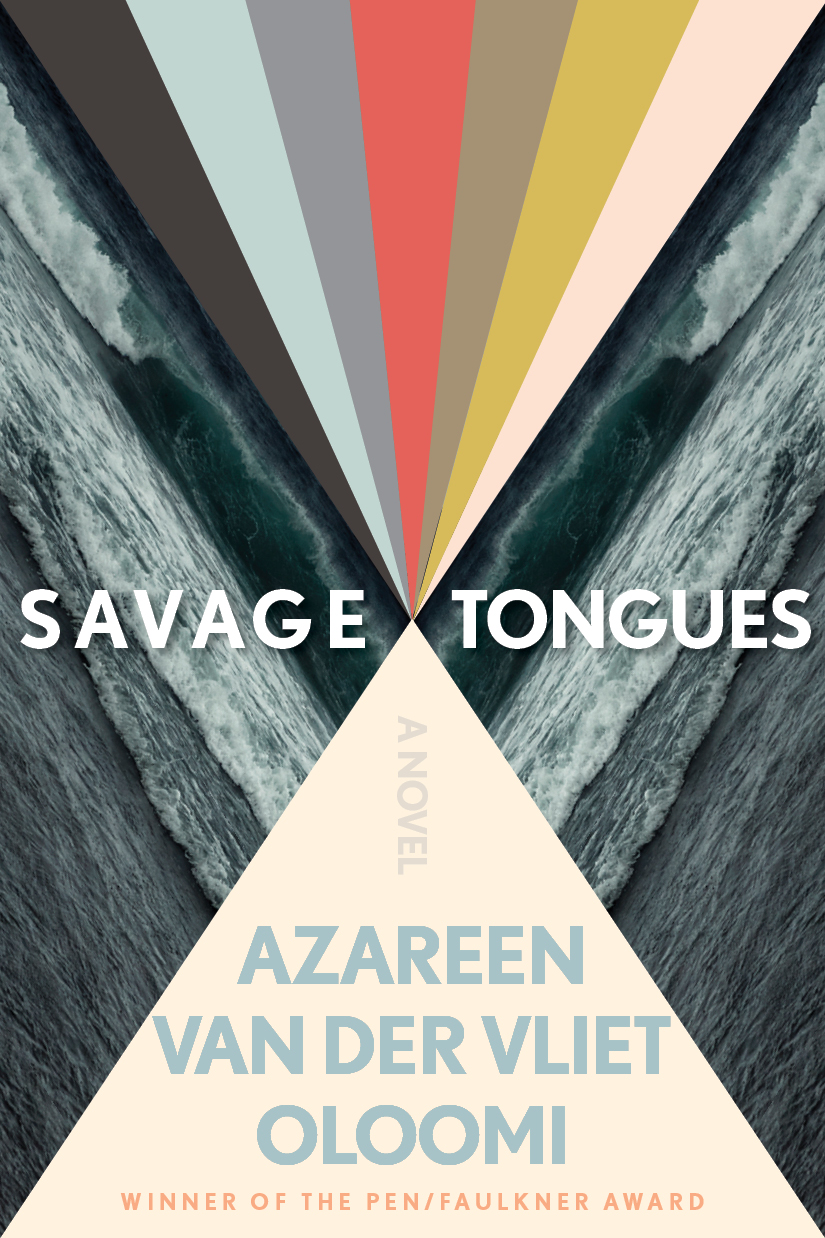