If That's All There Is

Following on from the award winning Hysteria, If That's All There Is was inspired by the Peggy Lee version of the existential song Is That All There Is? by Lieber and Stoller. It follows a couple as they teeter on the brink of marriage; as the happiest day of their lives approaches, the panic begins to rise.

If That's All There Is had a sell-out run at the Edinburgh Festival 2009 before touring throughout the UK, USA and China. It received consistently positive reviews, was The Guardian's 'Pick of the Fringe' and was shortlisted for a Total Theatre Award in 2009.

Co-written and co-created with Lucinka Eisler and Giulia Innocenti.

Media
Reviews
deftly blur(s) lines of fantasy and reality with an assured, poignant and consistently bold aesthetic Jason Zinoman
The New York Times
deliciously sharp and witty...The terrific thing about this show is that it works on many levels and always underpins the comedy with real emotion Lyn Gardner
The Guardian
A triumph of understated black comedy Scott Purvis
What's On Stage
weird, wonderful and funny three-hander...a lovely sense of poetry throughout Ed Clark
What's On Stage
Tell all your friends, and go and see this now Sacha Voit
The British Theatre Guide
strikingly classy Joyce McMillan
The Scotsman
a gem of a show..laugh-out-loud funny Bill Dunlop
The Edinburgh Review 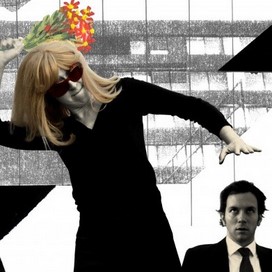