'Your ability to change everything - including yourself - starts here' ELIZABETH ZOTT

But it's the early 1960s and her all-male team at Hastings Research Institute take a very unscientific view of equality. Except for one: Calvin Evans; the lonely, brilliant, Nobel prize nominated grudge-holder who falls in love with - of all things - her mind. True chemistry results.

But like science, life is unpredictable. Which is why a few years later, Elizabeth Zott finds herself not only a single mother, but the reluctant star of America's most beloved cooking show Supper at Six. Elizabeth's unusual approach to cooking ('combine one tablespoon acetic acid with a pinch of sodium chloride') proves revolutionary. But as her following grows, not everyone is happy. Because as it turns out, Elizabeth Zott isn't just teaching women to cook. She's daring them to change the status quo.

Sarah Harvey manages the translation rights for Lessons in Chemistry

A timeless book, written with furious elegance, black humour and delightful quirk. Elizabeth Zott is an iconic heroine - a feminist who refuses to be quashed, a mother who believes that her child is a person to behold, rather than to mould, and who will leave you, and the lens through which you see the world, quite changed.

On par with Beth Harmon of The Queen's Gambit, Elizabeth Zott swept me away with her intellect, honesty and unapologetic selfhood. Lessons in Chemistry is a story for all the smart girls who refuse to dumb themselves down despite a culture that demands otherwise. Though a creation of the 50s and 60s, Zott is a feminist icon of our time.

I loved Lessons in Chemistry and am devastated to have finished it!

Original, fresh, tender, funny and warm. The story dances and swirls, captivating the reader from the first page. Elizabeth Zott is the most wonderful character. Just fantastic.

It's the world versus Elizabeth Zott, an extraordinary woman determined to live on her own terms, and I had no trouble choosing a side. Lessons in Chemistry is a page-turning and highly satisfying tale: zippy, zesty and Zotty.

A book that sparks joy with every page. Lessons in Chemistry is both funny and rousing: it had laughing one minute and air-punching the next. Garmus has created an unforgettable heroine but I adored all the characters, including the dog. 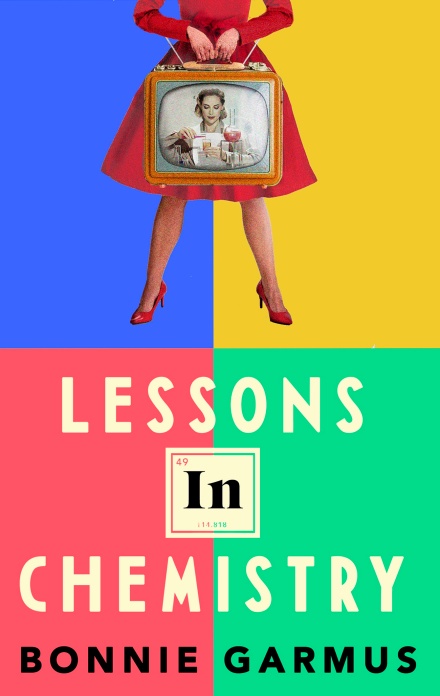