A missing woman leads her twin sister on a literary scavenger hunt in this juicy, clever debut thriller for readers of Luckiest Girl Alive and Reconstructing Amelia.

“Ahoy, Ava! Welcome home, my sweet jet-setting twin! So glad you were able to wrest yourself away from your dazzling life in the City of Light; I hope my ‘death’ hasn’t interrupted anything too crucial.”

Ava Antipova has her reasons for running away: a failing family vineyard, a romantic betrayal, a mercurial sister, an absent father, a mother slipping into dementia. In Paris, Ava renounces her terribly practical undergraduate degree, acquires a French boyfriend and a taste for much better wine, and erases her past. Two years later, she must return to upstate New York. Her twin sister, Zelda, is dead.

Even in a family of alcoholics, Zelda Antipova was the wild one, notorious for her mind games and destructive behavior. Stuck tending the vineyard and the girls’ increasingly unstable mother, Zelda was allegedly burned alive when she passed out in the barn with a lit cigarette. But Ava finds the official explanation a little too neat. A little too Zelda. Then she receives a cryptic message—from her sister.

Just as Ava suspected, Zelda’s playing one of her games. In fact, she’s outdone herself, leaving a series of clues about her disappearance. With the police stuck on a red herring, Ava follows the trail laid just for her, thinking like her sister, keeping her secrets, immersing herself in Zelda’s drama and her outlandish circle of friends and lovers. Along the way, Zelda forces her twin to confront their twisted history and the boy who broke Ava’s heart. But why? Is Zelda trying to punish Ava for leaving? To teach her a lesson? Or is she simply trying to write her own ending?

Featuring a colorful, raucous cast of characters, Caite Dolan-Leach’s debut thriller takes readers on a literary scavenger hunt for clues concealed throughout the seemingly idyllic wine country, hidden in plain sight on social media, and buried at the heart of one tremendously dysfunctional, utterly unforgettable family.

The audio rights are handled by Random House.

They don’t make many mysteries like this anymore. A cleverly constructed romp with clearly laid-out clues but the most unreliable narrators...this novel [has] a big heart as well as a big brain.

We do love a good mystery, and Dolan-Leach’s debut novel is a prime example of the form…Dead Letters centers around the most dysfunctional of families, and reading it feels like embarking on a literary scavenger hunt that you never want to end.

[Caite] Dolan-Leach’s clever thriller explores the fraying ties that bind twin sisters….Readers will enjoy this full-bodied novel about a family of vintners

The disappearance of Ava’s wild-child twin is just the beginning of this roller-coaster read that’s as enthralling as it is WTF?!

Dead Letters is a smart and twisty thriller that will keep you guessing right up to the ending. An un-put-downable debut

Caite Dolan-Leach’s debut reads like an Agatha Christie novel set in a world with Internet access….The action unfolds with a kind of playful theatricality and cleverness that [are] totally and utterly engrossing.”

“If you’re looking for a book with a true mystery, this one could be for you. Dead Letters has the family drama you love and the mystery you crave that will keep you guessing the whole time

ClassPass Book of the Week

Dolan-Leach’s debut is a smart, dazzling mystery with a twist that not only shines a new light on the novel’s title but also leaves the reader hunting for the next clue. Dolan-Leach revels in toying with both Ava and her audience, placing small hints and red herrings throughout her text, and the result is captivating.

A perfectly orchestrated cat and mouse thriller that will keep you guessing until the very last chapter. This beautifully written novel draws you in like you are part of the story itself, living and breathing alongside the compelling characters as they uncover the dark secrets of their complicated family

Wendy Walker, author of All is Not Forgotten

Dolan-Leach’s fiction debut is a compelling mystery… that centers on family and particularly on the power of genetics, sisterhood, and loss. A story as compassionate and insightful as it is riveting

Laura McHugh, author of The Weight of Blood

A masterful debut with the taut seductive magic of a classic mystery. Through a daring game of hide and seek, Dolan-Leach charts the intricate secrets of a family and the escalating consequence of small betrayals to explore the question: how well can we ever really know those we love? Harrowing, revelatory, brilliantly alive

An exceptionally smart debut...a story that kept me guessing and compulsively turning pages to reach its surprising and very satisfying end

Newcomer Caite Dolan-Leach shows us just how close twin sisters can be--and shockingly far apart. With near-perfect plotting and an ear for the complicated lives of clever women, Dolan-Leach writes like Paula Hawkins by way of Curtis Sittenfeld. At once a moving family drama and a wickedly macabre mystery, Dead Letters is above all a satisfying puzzle that will keep readers guessing until the very last page.

Every page of Dead Letters is flush with push-pull tension, an incredibly well-crafted high stakes scavenger hunt of emotional wounds and local Upstate New York haunts. This book is wine-soaked yet lucid, comforting and frightening, asking the big questions about intimacy and loyalty. Who's the better daughter: the one who stays home to care for the family business or the one who sets out into the world? Why does it seem a woman can't do both? I love this book on so many levels. We are so lucky that this debut novelist chose to shine her light on that most inescapable, infuriating dichotomy: Are you a good girl or a bad girl?

Caroline Kepnes, author of Hidden Bodies and You

In this, her startling debut novel, Dolan-Leach nimbly entwines the clever mystery of Agatha Christie, the wit of Dorothy Parker, and the inebriated Gothic of Eugene O'Neill. A sharp, wrenching tale of the true love only twins know.

This absorbing debut is billed as literary suspense, which is exactly right; the language is smart and polished and the plot is one big, intriguing chase.

A really gripping read, and I loved how the characters were flawed and real. It was a proper rollercoaster of a read, and I was intrigued as to where the plot was going all the way through. 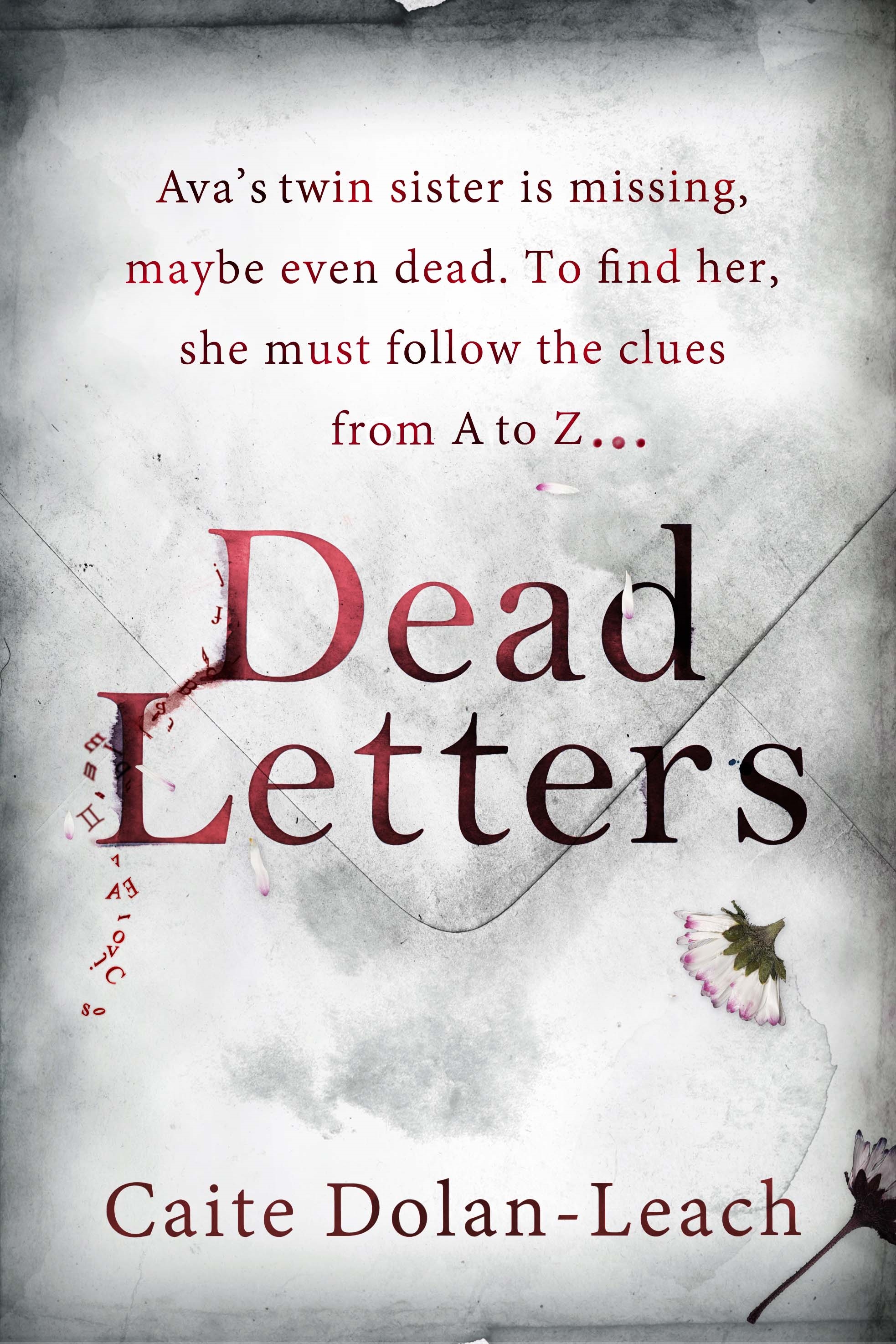